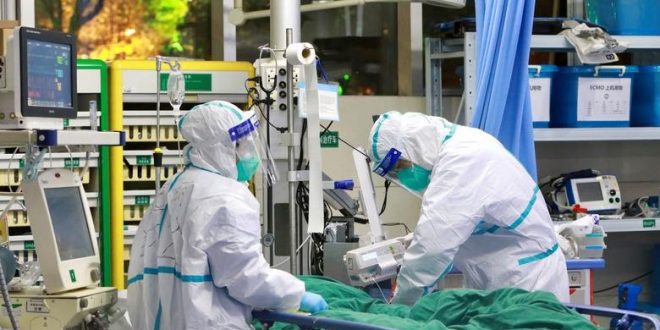 Wuhan, a city in China’s Hubei Province, where the coronavirus outbreak began, has reported new clusters of the virus after easing its lockdown.

The outbreak was first reported in the city in December 2019 and has spread across 212 countries and territories around the world.

In March 2020, the Chinese authorities announced that the city and its surrounding province reported zero case in 24 hours.

Wuhan, which has been under a strict lockdown since January, relaxed the restriction of movement on April 8, and allowed people to leave the Chinese city, while economic activities were also restored.

Health experts had warned that a rise in infections is likely to happen with the relaxation of the lockdown.

On Monday, new clusters of the virus were reported in Wuhan and Jilin, a northeastern province of the Asian country.

Health authorities said the five new patients in the Wuhan were a small cluster of cases from the same residential compound; they were previously confirmed to be asymptomatic.

One of the patients was the wife of an 89-year-old man who was previously diagnosed of the virus.

The cluster was the first confirmed cases to be reported after easing the lockdown in the city.

At a press briefing on Monday, the Chinese health authorities confirmed that a total of 17 new COVID-19 infections have been recorded in the country.

A statement on the new cases noted that: “10 were local cases (5 cases in Hubei, 3 cases in Jilin, 1 case in Liaoning, Heilongjiang, 1 case), 7 cases were imported from abroad (both in Inner Mongolia); no new deaths; no new suspected cases.”

Previous Madagascar’s COVID-19 cure drugs sent to Nigeria by air, expected in Abuja
Next 5G scare in Lagos..NCC debunks claim, says “No licence has been issued”