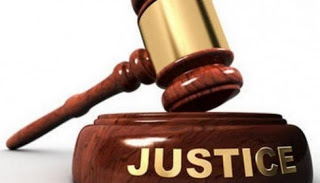 If Wike’s demolision ends in Court..Legal status and application of Executive Orders:

In the more recent case of FAITH OKAFOR V. GOVERNOR OF LAGOS STATE & ANOR. (2016) LPELR-41066 (CA), the Governor of Lagos State issued a directive restricting the movement of citizens and residents during the State’s monthly environmental sanitation, the Court of Appeal unanimously held that the Appellant, Faith Okafor, could not be arrested or prosecuted for disobeying or flouting the Executive Order or Directive of the Governor of Lagos State because the Appellant could only be arrested and prosecuted for an offence that is prescribed in a written law.

In his concurring judgment, BIOBELE ABRAHAM GEORGEWILL, J.C.A. at p 46-47 declared thus:
“It is my view, that democracy thrives more on obeying and promoting the rule of law rather than the whims and caprices of the leaders against the lead. I find the conduct of the Respondent in not only persecuting the Appellant, yes that is what in my view it amounts to when a free Citizen of this great Country such as Citizen Faith Okafor, is put through the rigours of criminal process for an offence not prescribed in any written law but merely on the directive of the Governor of the Lagos State. An action which if allowed to thrive in a democracy such as ours could confer on such office holders infinite, absolute and autocratic powers contrary to the clear provisions of the Constitution of the land, to which both the leaders and the led are subject. I refuse to allow such autocratic, absolute and infinite powers to fester upon our nascent democracy.”

Previous Falana pinpoints where Wike is wrong, urges NBA to punish him
Next Trump risks CoronaVirus infection, says he is not worried.