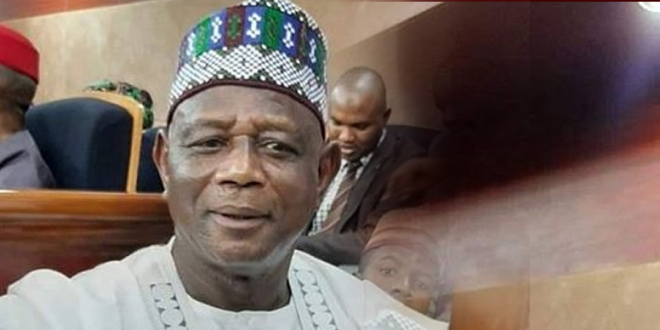 A former Minister of Health, Dr Haliru Alhassan, is dead.

Alhassan, who was until his demise, the Chairman, Governing Board, Health Services Management Board, Sokoto State, reportedly died on Sunday in Sokoto.

“Just hearing of the death of former Minister of Health, Chairman, Governing Board of Health Services Management Board, Sokoto State, Dr Haliru Alhassan. May his soul rest in peace. Amin,” Daniya wrote on Sunday.

The LinkedIn profile of the late Alhassan showed that he served as Chairman, Governing Board, Health Services Management Board, Sokoto State from September 2019 till his passing on Sunday.

It also showed that he was the former Minister of Health, Co-Lead Nigeria Ebola Response Team, between March 2015 and May 2015.

Information available on the website of the Federal Ministry of Health showed that Alhassan was the Minister of State for Health and Chairman Presidential Task Force On Polio Eradication in Nigeria between February 2014 and March 2015.

His profile also showed that he was a graduate of Medical University Plovdiv, Bulgaria where he studied Medicine between 1982 and 1988 before proceeding to bag a Master’s degree in Tropical Paediatrics at Liverpool School Of Tropical Medicine from 1994 to 1995.

In a similar vein, Sokoto State Commissioner of Land and Housing, Surajo Gatawa, is dead.

He died at the age of 62 and has since been buried at his former residence on Sama Road, opposite Babban Tanki, Sokoto, according to Islamic rites.

Confirming the commissioner’s death, Muhammad Bello, Special Adviser on Media and Publicity to Governor Aminu Tambuwal, in a statement on Sunday, said Gatawa passed on after a brief illness.

“He also became the Chairman of the same local government area from 1991-1993. Between 1999-2007 he was a member of the Federal House of Representatives representing Isa/Sabon Birni federal constituency.

“During Governor Tambuwal’s first tenure, he was the Commissioner of Social Welfare. Four years later he was moved to the position he held until his death.

“Late Hon. Gatawa is survived by three wives and many children.”

Previous Bishop Oyedepo claims 36 get cured of Covid 19 via his online service.
Next 7 ways to fight Coronavirus, boost your immunity !