Home » Trending » Business » Breaking News : Gambari is the new Chief of Staff to the President. 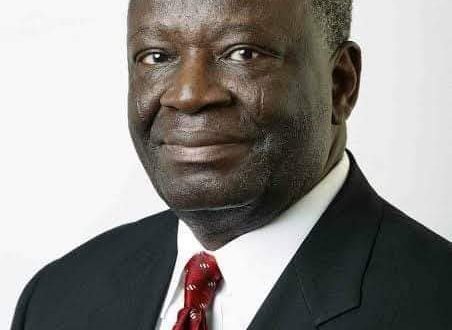 Breaking News : Gambari is the new Chief of Staff to the President.

Professor Ibrahim Agboola Gambari has been appointed as the new chief of staff to President Muhammadu Buhari.

Ibrahim Agboola Gambari, CFR (born November 24, 1944, in Ilorin, Kwara State, Nigeria) is a Nigerian scholar and diplomat. He was Minister for External Affairs between 1984 and 1985. Gambari has been appointed by the secretary-general of United Nations Ban Ki-moon and the chairperson of the African Union Commission as Joint African Union-United Nations Special Representative for
Darfur effective from 1 January 2010.[1] He is currently the Special Adviser on the International Compact with Iraq and Other Issues for the Secretary-General of the United Nations. Previously, he served as the Under-Secretary-General of the United Nations (USG) for the Department of Political Affairs (DPA). He was appointed on June 10, 2005, and assumed the post on July 1 of that year.
On March 4, 2013, Ibrahim Gambari was named by the Kwara State Governor, AbdulFatah Ahmad, as the pioneer chancellor of the Kwara State University, making him the ceremonial head of the university who presides over convocations to award degrees and diplomas and also supports the vision and mission of the university in all respects, including fundraising, social, economic and academic goals. As a university that continues to gain credence as a community development university with world class standards, the selection of Gambari is expected to give the institution additional international boost and recognition. Gambari is also co-chair of the Albright-Gambari Commission.