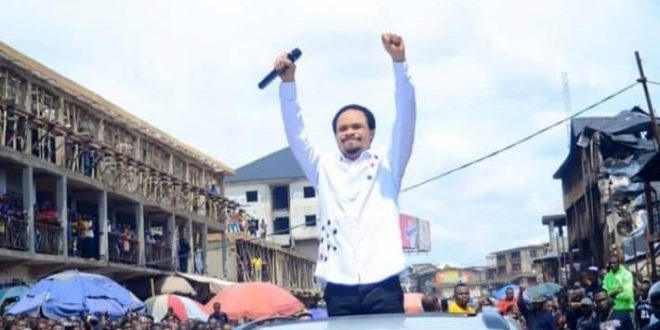 Prophet Odumeje has frowned at people who are currently using his pictures for meme and jokes. He made this public through his recent press release on his official Facebook page, where he Adviced those involved to stop using his pictures for jokes as it tarnishs the image of the church and what it stands for.

Remember that Odumejeje is the controversial Pastor who recently became popular through his unpredictable spiritual characters. He is the owner of mountain of holy ghost intervention ministry, located at onitsha.