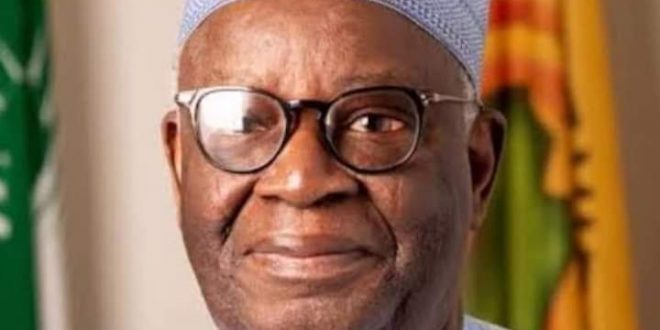 The news spreading that that Buhari appointed Prof. Ibrahim Gambari as his new Chief of Staff to replace the late Abba Kyari is yet to be officially declared by the presidency, though not denying it.

There are indications the info may have been leaked, same way the presidential broadcast was last month.

YOU NEWS learnt that Gambari is to be unveiled as new chief of staff today, Wednesday, during the Federal Executive Council meeting.

Presidency sources that he would replace Abba Kyari, who died from COVID-19 complications last month.

But even with the reports and the Emir’s congratulatory message, the Presidency, as of this morning has not made official confirmation or denial of the reported appointment of Gambari.

Both presidential spokespersons, Mr Femi Adesina and Mr Garba Shehu, made no confirmation.

Shehu merely replied to an enquiry, writing, “I have not been briefed.”

Former CoS, Mr Abba Kyari, had died of complications associated with COVID-19 on April 17.

When the emir’s palace was contacted on Tuesday for clarification, a palace source said, “What we acted on is a speculated statement, the appointment of Prof. Gambari has not been announced in a statement signed either by Femi Adesina or Garba Shehu, who are the two spokespersons of the President.

“Please, discountenance the statement purportedly to have been issued from the palace of the Emir of Ilorin as of now.”