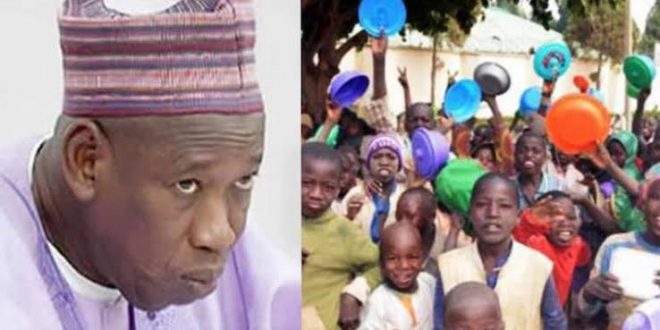 Ganduje Quarantines Over 2000 Almajiris in Kano

Kano state government has quarantined over 2000 Almajiris to curb the spread of COVID-19 in the state, the second hotspot of the virus after Lagos State.

A team of rapid response experts have been trained to manage the Almajiris at their quarantine centres.

The trainees were selected from medical doctors, nurses, community health workers and laboratory scientists to test and screen the Almajiris at their camps in Kiru, Gabasawa and Karaye Local Government Areas of the state.

The Almajiris, including those that had been repatriated from other states to Kano, are to be tested for COVID-19.

Those who have tested positive for the virus would be taken to isolation center for treatment, while those that are negative would be taken back to their homes and reunite with their parents.

Governor, Abdullahi Ganduje described the almajiris as the most vulnerable to the virus.

According to him, the kids are subjected to health threats as they have no shelter, living in congestion with no proper sanitation, emphasising that quarantining them and subjecting them to health care is the only way forward.