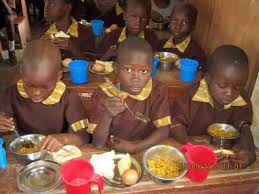 The National Association of Nigerian Students on Friday said it would mobilise its members for a nationwide protest if the Federal Government continued its school feeding programme during school closure occasioned by of the COVID-19 pandemic.

This is as the Federal Government on Friday explained that it continued the National Home-Grown School Feeding Programme because it was practically impossible to get back the funds that had already been paid to food vendors before the lockdowns in states commenced.

The NANS President, Danielson Akpan, in a statement in Abuja, said the programme was a misplaced priority and a “discreet attempt to fleece the hard-earned resources of the country.”

Akpan said the source of the proposed N697m to be spent daily, amounting to N13.5bn a month on the programme, must be queried, stressing that the decision was “reckless spending.”

He said, “The national body of NANS, after a deliberate and robust discussion on the Federal Government’s decision to commence the school feeding programme during a virtual meeting held earlier this morning (Friday), vehemently rejected and condemned in totality the said decision.

“We condemn in totality the plan to feed school children at home. We see it as an avenue to perpetuate corruption and fraudulent activities.

“We do not only condemn this, we also frown at any attempt by some people to further loot our national treasury. The continuation of the school feeding programme at this period that schools are closed is sheer fraud.

“If the Federal Government goes ahead to implement the programme, we will have no choice but to mobilise our members across the federation for a mother of all protests.”

Akpan called on the Federal Government to use the money meant for the execution of the programme to revive the collapsed education system and fund infrastructural projects in institutions.