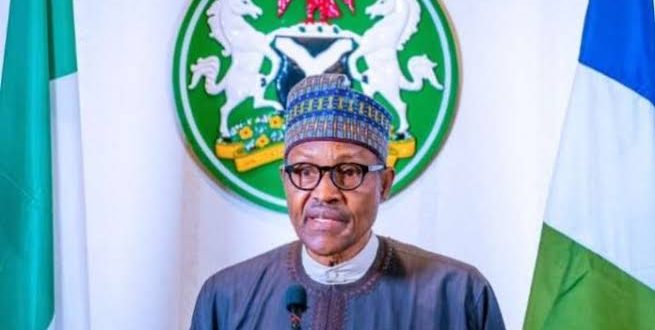 In his address to the nation this evening, if it will eventually happen, President Buhari will tell us these:

Lockdown continues in Kano for two more weeks, then for Lagos, Ogun and FCT, and indeed all other states, “phase one of the eased locked down, shall be maintained across the federation for another two weeks effective from 12 midnight of May 18 to June 1.”

YOUNEWS did not get a leaked speech, rather the Presidential Task Force (PTF) on COVID-19 reveals the extension of gradual easing lockdown by two weeks…and it simply a prelude to what Mr president would say!.

Sources are even saying, no plan for him to talk again..”what else is he going to say aside hat has been said here ”

The PTF Chairman and Secretary to the Government of the Federation (SGF), Mr Boss Mustapha, announced this today during the briefing of the members of the task force in Abuja, the nation’s capital.

He said, “The reality is that in spite of the modest progress made, Nigeria is not yet ready for full opening of the economy and tough decisions have to be taken for the good of the greater majority.

“Any relaxation will only portend grave danger for our populace. Advisedly, the current phase of eased restriction will be maintained for another two weeks during which stricter enforcement and persuasion measures will be pursued.”

Mustapha explained that the extension of the first phase of the lockdown ease was to enable other segments of the economy to prepare adequately for compliance with the guidelines, preparatory to reopening in the coming weeks.

According to him, the PTF shares the pains of Nigerians but the future of the country is in their hands and subsequent decisions will depend greatly on their compliance.

The PTF chairman also disclosed that President Muhammadu Buhari has approved some recommendations of the task force.

He said, “​The measures, exemptions, advisories, and scope of entities allowed to reopen under phase one of the eased locked down, shall be maintained across the federation for another two weeks effective from 12 midnight of May 18 to June 1.”

Other recommendations approved by the President include ​intensifying efforts to communicate, identify, and manage COVID-19 cases; and ​elevating the level of community ownership of non-pharmaceutical interventions.

The lockdown order in Kano State, according to the SGF, has also been extended by another two weeks.

He noted that the President had announced a phased and gradual easing of the lockdown in Lagos and Ogun States, as well as the Federal Capital Territory in his nationwide broadcast on April 27.

Mustapha added that the President also highlighted the additional nationwide measures aimed at ensuring that the nation’s economy continued to function within the limiting constraints posed by the COVID-19 pandemic.