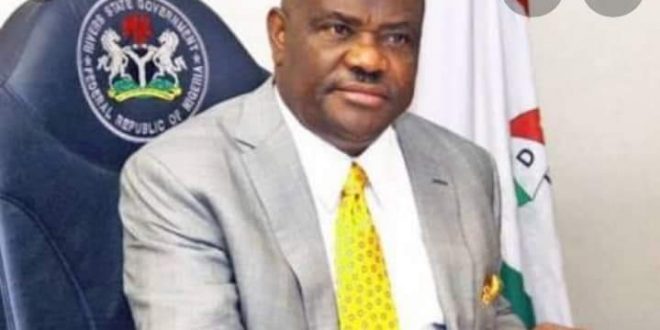 A 62 year old woman has died, in hot pursuit of Covid 19 palliatives..While another, a 91 year old is lying critically in the hospital, suffering gtom bruises she sustained in the struggle for palliatives.

Mrs. Florence Onuobodo lost her life in Elele Kingdom, Ikwerre Local Government Area of Rivers State, during a stampede that occurred during the sharing of the state government’s COVID-19 palliative in the area.

The Rivers State Government had delivered food to Elele Kingdom in the ongoing distribution of COVID-19 palliatives by the government.

During the sharing process a stampede occurred, claiming the life of the 62-year-old Florence and leaving about four other women with various degrees of injuries.

One Chief was said to have connived with the committee, we learnt.

The stampede would have been avoided if the commmittee had managed the process properly.

The committee had locked out all the beneficiaries of the palliative, then many struggle to gain access into the compound, this led to the stampede.

“We know our people are hungry, but the right thing needs to be done. They selected their loyalists to come and get the items, but other people who knew their plans got there as early as 5:00 a.m.

“When they started their selection others started to struggle to enter the compound, their boys started flogging and pushing them backwards, in that process the stampede happened.”

But the counsellor representing Elele, ward 4, at Ikwerre LGA Legislative Assembly, Hon. Emmanuel Amadi, denied the allegation that the process was poorly managed, adding that the stampede happened as a result of a quarrel that ensued between women outside the gate.

Amadi noted that over four women got trampled in the stampede, including a 91-year-old woman, and were all rushed to the hospital for attention. He regretted that Florence lost her life at the University of Port Harcourt Teaching Hospital where she was referred to.

He said: “We chose Vintage Farm to share the palliative because of how spacious it is. It is bad when somebody says the stampede happened at the gate while women were dragging to enter the compound.

“The true story is that there was some quarrel among the women outside the gate. I was inside the compound attending to people.

“We were bringing them in in 20s and it was peaceful. I don’t know what transpired there; I only got information that there was stampede by the road, not even by the gate.”