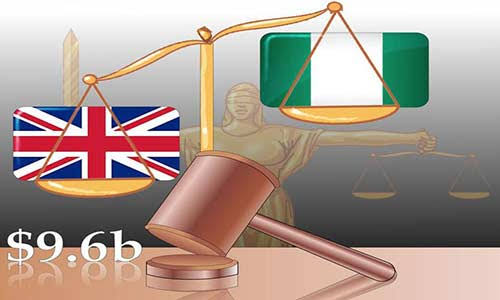 Efforts by the Federal Government to overturn the $9.6 billion judgment debt awarded against it in favour of Process and Industrial Development Limited (P&ID) by a United Kingdom (UK) court have recorded more progress.

The successful court application is part of Nigeria’s efforts to show that a 2010 gas-supply contract with P&ID was a sham designed to fail by the company and government officials.

P&ID denies any wrongdoing, saying that Nigeria invented the allegations to evade its legal obligations

The appeal got positive feedback with a United States (U.S.) court granting Nigeria’s permission to request documents from VR Capital Group Ltd, the part owner of a company that received a $9.6 billion arbitration award the government is trying to overturn.

The Federal Government had last month, sought documents from 10 banks, including Citigroup and JPMorgan Chase & Co., in a bid to overturn the judgment related to a business deal that the country contends is shrouded in allegations of corruption.

Nigeria asked a federal court in New York for permission to subpoena information about transactions involving government officials, including a former president.

The politicians were in office when the state signed a contract with P&ID, and later became involved in a costly dispute with the company.