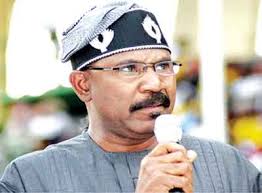 Minister of State for Health, Dr Olorunnimbe  Mamora, said Borno, Lagos and Kano states accounted for 52 per cent of COVID-19 deaths in the country.

Mamora also said 60 per cent of COVID-19 cases in the country were aged between 21 and 50 years.

As of Sunday, Nigeria had recorded 5,959 coronavirus cases, with 1,594 discharged, while 182 patients had died.

Lagos State with 2,550 cases, the highest in the country, is followed by Kano, which has 825 cases and the Federal Capital Territory that has 418 cases. Borno State has 215 cases.

On Monday, Mamora said the Federal Government had sent more test kits and laboratory consumables to Kano State. According to him, 660 tests are being conducted in the state daily.

Mamora added that the government team sent to Sokoto “curiously found a cluster of COVID-19 cases in one local government area” saying measures were being taken to reach more communities nationwide.

Till date, sadly, Lagos, Kano and Borno states accounted for 52 per cent of deaths. The increased daily record is largely due to our increased tracing and testing capacity which is mainly as a result of increased community mobilisation and awareness creation,”

Previous $9.6b P&ID suit: Cherry news for Nigeria as U.S. court okays access to documents
Next Trial for COVID-19 commences in Nigeria !