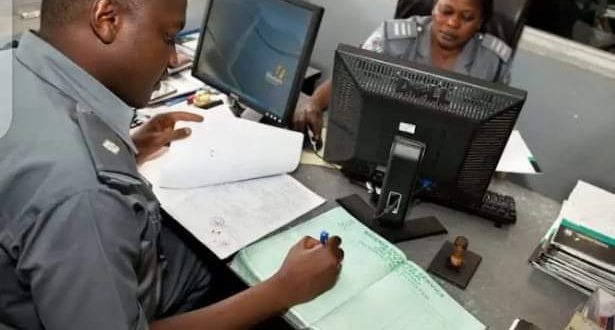 The federal executive council (FEC) has approved N623 million for the Nigeria Customs Service (NCS) to purchase computers in all its zonal and area commands.
Speaking with reporters after the FEC meeting in Abuja on Wednesday, Lai Mohammed, minister of information, said the money was approved after Zainab Ahmed, minister of finance, presented a memo.
The minister said the N623 million would cover the cost to purchase 1,200 computers for the organisation.
“The minister of finance presented a memo for the award of contract for 1,200 units of coloured printers and desktop computers for human resources and accounting management systems across zones and area commands of the Nigeria Customs Service, which was approved,” he said.
“The sum of the contract was N623,700,000 for the 1,200 desktops and computers for the use of the customs service all over the country.
TheCable had reported how the senate approved N128 million for customs to buy television sets.
In the budget, the upper legislative chamber approved N98 billion for personnel cost while N15 billion and N123 billion were approved for overhead and capital costs respectively.
A total of N63 million was set aside for the purchase of refrigerators, and N173.7 million for safe, file cabinets, cupboards and wall clocks among others.
-The Cable