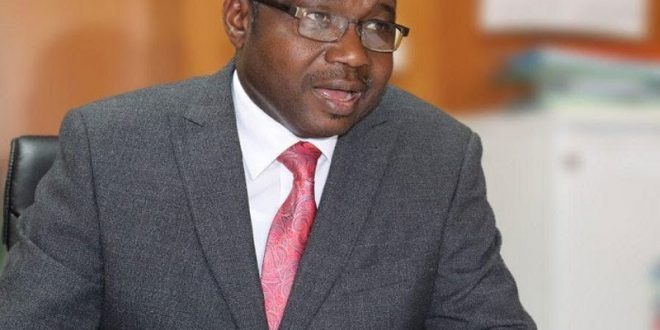 For no particular reason given, President Muhammadu Buhari had sacked the Managing Director of the Transition Company of Nigeria (TCN), Mr Usman Mohammed, and appointed Sule Ahmed Abdulaziz, an engineer, as acting managing director.

A statement by the Minister of Power, Mr Sale Mamman, signed by his Special Adviser, Media and Communications, Aaron Artimas, however, did not give specific reason for Mohammed’s removal, but said it was part of the reorganisation of the company.

However, a few days before his sack, Senior Staff Association of Electricity and Allied Companies (SSAEAC) had threatened to ground the electricity sector over continued anti-labour practices at the TCN and called for his removal.

They alleged that Mohammad illegally removed the president of SSAEAC, Chris Okonkwo, from the service of the TCN, when he (Okonkwo) still had many years of service and hadn’t clocked 60 years of age or 35 years in service.

The organisation said the purported retirement of Okonkwo was fraudulent because no MD had such powers, accusing Mohammed of usurpation of authority.

In the statement announcing the removal of Mohammed, the minister said that Buhari personally approved the sack of the erstwhile TCN boss.

“As part of the continuing measures to reposition and improve the performance of the power sector in the country, the honourable minister of power, Engr Sale Mamman hereby announces major changes at the Transmission Company of Nigeria.

“ Accordingly, the Managing Director of the TCN, Usman Gur Mohammed has been removed from office with immediate effect. He is being replaced with Engr Sule Ahmed Abdulaziz, as Managing Director, in acting capacity” the statement noted.

The minister also confirmed the appointment of four directors who had been in acting capacity at the company.

Mohammed was deployed on secondment from the African Development Bank (AfDB) as the Managing Director and Chief Executive Officer of the TCN in 2017.

Previous Whereabout of the 15 Chinese revealed !..their mission
Next What Nigerians should use next 2 wks for – PTF Boss