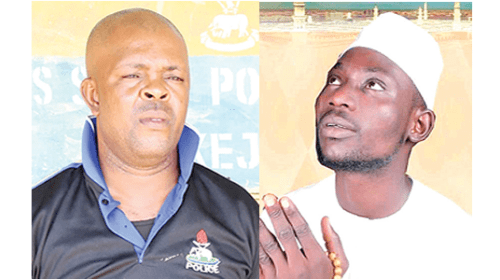 A police inspector attached to Lagos State Command has been arrested for allegedly shooting and killing a 28-year-old Islamic cleric, Fatai Oladipupo, at the Ikotun area.

The officer, identified as Inspector Okoro Charles, was arrested in connection with a shooting incident reported on May 20, along Obabiyi, Igando Road, Ikotun, which led to the death of Oladipupo.

This was as the state Commissioner of Police, Hakeem Odumosu, has stepped into the killing of a police sergeant by fake soldiers.

The state Police Public Relations Officer (PPRO), DSP Bala Elkana, said in a statement yesterday that the inspector would be subjected to internal disciplinary procedures, known as Orderly Room Trial, at the State Provost Department.

He said if found guilty, Charles would be handed over to the State Criminal Investigations and Intelligence Department (SCIID), Panti, Yaba, for prosecution in the conventional court.

Elkana said an investigation was ongoing to unravel the circumstances surrounding the shooting incident.

Previous Police CSP dragged to Court for torturing, man, who catches him in bed with wife
Next Breaking: Pakistani aircraft with over 100 passengers crashes into residential area in Karachi.