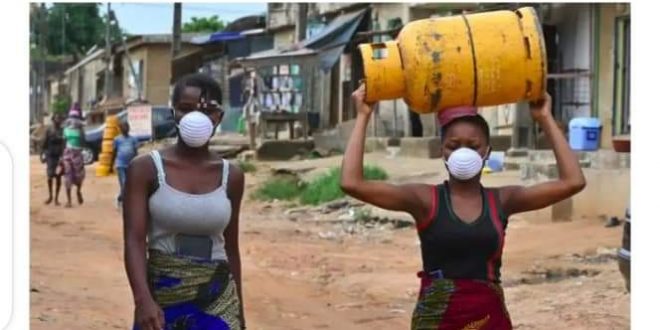 Coronavirus appears to be taking a “different pathway” in Africa compared with the rest of the world, the World Health Organisation (WHO) has said.
The number of infections surpassed 100,000 on Friday, with the continent not experiencing the very high numbers devastating many countries despite its fragile health systems.
More than 3,100 people have died from COVID-19 across the continent of 1.3 billion people, while 41,473 people have recovered since the virus was first detected on the continent 14 weeks ago.
By comparison, Europe had more than 4,900 deaths when it reached 100,000 infections.

The pandemic “appears to be taking a different pathway in Africa,” the WHO said.
Case numbers “have not grown at the same exponential rate as in other regions” and the continent has not experienced the high mortality seen in some parts of the world.

This could be the result of “demography and other possible factors”, early analysis by the WHO suggests.
“Africa is the youngest continent demographically with more than 60% of the population under the age of 25. Older adults have a significantly increased risk of developing a severe illness. In Europe nearly 95% of deaths occurred in those older than 60 years”, the WHO added.

The global health body also highlighted that African governments swiftly imposed restrictive measures on their populations in attempt to curb the spread of the virus.
And despite “significant progress in testing”, rates of testing in Africa remain low in comparison to other countries.

But while the number of cases remains low, the WHO warned that the pandemic “remains a major threat to the continent’s health systems”.

Africa saw roughly the same number of new cases in the past week as the week before, according to the director of Africa Centres for Disease Control, John Nkengasong.
He said that “we hope that trend continues” .instead of a rapid exponential crisis.
While early lockdowns slowed the growth of the pandemic across Africa, Mr Nkengasong insisted it “doesn’t mean Africa has been spared”
Supporting that notion, the WHO’s Africa chief Matshidiso Moeti said that COVID-19 had made a soft landfall in Africa but “we must not be lulled into complacency”.

Cases could increase significantly now that many countries are gradually lifting lockdowns, the WHO said