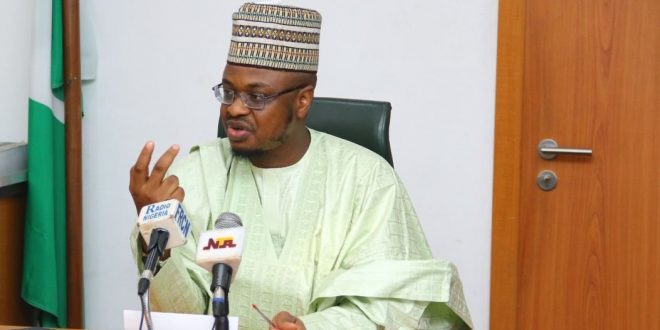 Abike Dabiri-Erewa, chief executive officer (CEO) of NIDCOM, had alleged that her staff were denied access to the complex on the orders of Pantami.

Dabiri-Erewa said staff were not even allowed to take their property after armed men sealed the office.

The communications commission, which is under Pantami’s ministry, had denied that NIDCOM was sent packing.

The NCC also said Dabiri-Erewa did not take ownership of the offices after she was offered a floor in the complex and that NIDCOM’s properties are safely warehoused.

In a tweet on Sunday, the minister described NIDCOM CEO’s allegation as “a big fat lie”.

“THIS IS A FAT LIE FROM HER: The owner of the building @NgComCommission has faulted her lies on their social media platforms. The minister has never given that directives to any gunman. We need to be very objective in reporting. I have never sent any gunmen there, and I have no one,” the minister tweeted.