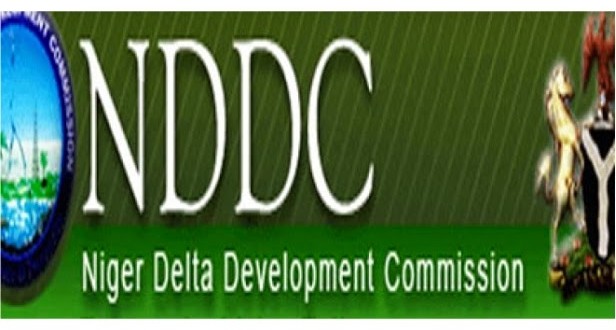 There are raised questions ,begging for answer over the allegayion of looting a whopping sum.

A source said “These Monies were allegedly stolen, we should ensure that those who stole the money are apprehended and the monies returned to the account of the NDDC… These guys are not just stealing money, they are stealing the blood of our people….

1) The IMC (interim management committee) of the NDDC claimed that they spent 7 Billion Naira on training youths in the Niger Delta on Welding and Electrical fittings in less than 6 months..

Where are the youths they trained? yet some heartless youths are in support of these guys…

2) The IMC of the NDDC said they have spent 25 Billion Naira on roads within 3months, where are those road?

3) The IMC of the NDDC claimed they have spent 3.4 Billion Naira on entrepreneur development in the Niger Delta within 6months..

Where are the entrepreneurs that were trained??? Haba nau, in less than how many months?

4) 5.5 Billion Naira on awareness campaign on communicable diseases within 1 month.
God have mercy….

5) The IMC said they spent 250 Million Naira on Economic summit in the Niger Delta when only 30 million was provided for it?

Where did they hold that economic summit?

6)The IMC claim they spent another 200 Million Naira on sustainable development forum?

Pls where did they hold that forum? We need evidence…

7) Another 75 Million Naira on Peace summit, where exactly did they hold the peace summit?

8.) The IMC said they have spent 13 Billion Naira on the NDDC Head Quarters building within this short time, do these guys truly have conscience?

Previous Covid-19 is a leveller, developed, developing nations badly hit – Buhari
Next Coronavirus’ cases not high in Africa like other continents – WHO