Home » Events » COVID-19: NAFDAC disagrees with WHO on Chloroquine 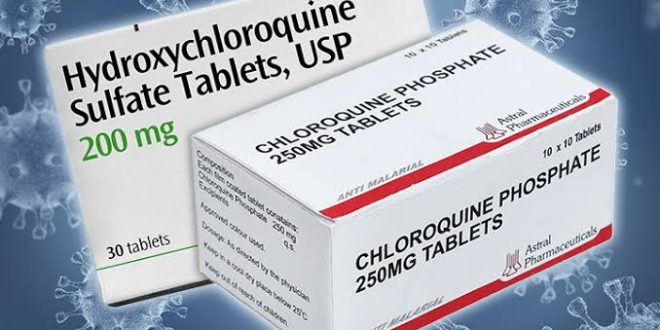 COVID-19: NAFDAC disagrees with WHO on Chloroquine

The National Agency for Food and Drug Administration and Control has said it will continue hydroxychloroquine clinical trials for the treatment of COVID-19 in Nigeria, despite the suspension of the trials by the World Health Organisation.

The NAFDAC Director General, Prof Mojisola Adeyeye, stated that there was evidence that hydroxychloroquine had been effective in the treatment of COVID-19 patients, especially those at the “mild stage” of the virus.

Adeyeye said, “There is data to prove that hydroxychloroquine worked for many COVID-19 patients. Therefore, we would continue our own clinical trials in Nigeria. Hydroxychloroquine has been proved to work at a mild stage. So the potency depends on the severity of the disease in the patient’s body.”

While noting that Lagos State had already begun hydroxychloroquine clinical trials, the NAFDAC boss said, depending on the speed of work, the clinical trials would be concluded in three to four months.

“If medical doctors, research scientists, pharmacists and herbal experts work together, we should conclude the clinical trial in three to four months. The narrative might change afterwards, but for now, we believe in hydroxychloroquine,” she stated.

According to the WHO, the decision to suspend trials of hydroxychloroquine followed a study, which showed that using the drug on COVID-19 patients could increase their chance of dying.

The WHO Director General, Tedros Ghebreyesus, said, “The Executive Group has implemented a temporary pause of the hydroxychloroquine arm within the Solidarity Trial, while the safety data is reviewed by the Data Safety Monitoring Board.”

He stressed that hydroxychloroquine and chloroquine “are accepted as generally safe for use in patients with autoimmune diseases or malaria”, noting that the suspension was a temporary measure.

Tags COVID-19: NAFDAC disagrees with WHO on Chloroquine slideshow

Previous Health ministry gets Madagascar’s drug from SGF today
Next Ha! At last Covid-19 catches Kogi with 2 cases, total is 8,733 in Nigeria