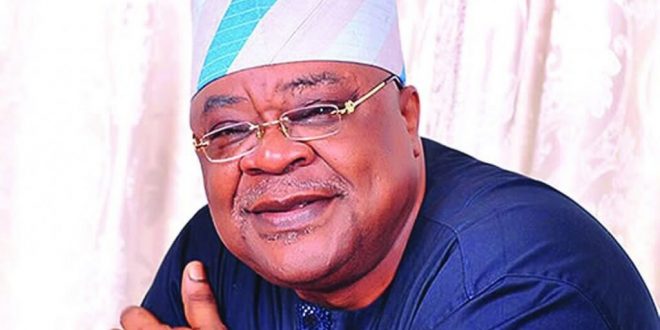 Former Governor of Oyo State, Adebayo Alao-Akala, has faulted the decision of the South-West governors in appointing retired military officers as director-generals of Amotekun Corps in their various states saying the step would grossly challenge the success of the outfit.

He said all the states in the region would fail with the exception of Lagos State.

The former governor, who noted that the essence of launching Amotekun Corps was to complement internal security in the South-West states, said military officers were not specially schooled on internal security management but trained to fight wars.

He said the appointment of a police officer would have been more appropriate for the security outfit than ex-soldier.

According to him, the appointment of retired Army officers as director-generals of Amotekun in the South-West states may stall the integrity and the effectiveness of the outfit.

Alao-Akala, who was an Assistant Commissioner of Police, said, “The Amotekun Corp will fail in the South-West states except for Lagos. The outfit is supposed to take care of the security of the people and their property across the zone but it will fail in every state except Lagos because the right people were not appointed to head it.

“You cannot expect a soldier to head Amotekun successfully. A police officer is trained specially on internal security management. If fundamentally the foundation is weak whatever you want to put on it would be weak. When you have a soldier there, he is taught how to kill. The governors don’t get it right by appointing ex-military men to head the outfits in the other states.

“If a retired senior police officer was appointed as the head of the Amotekun outfit in a state, the Commissioner of Police in the state would respect him as his former superior. A retired Army officer would want to be forceful in his approach. Remember that only the police can prosecute criminals, Amotekun cannot, so they need the cooperation of the police.

“The Amotekun personnel are not armed; they will be successful if they collaborate with the police by calling for support while trying to burst crimes in their respective states and localities.”