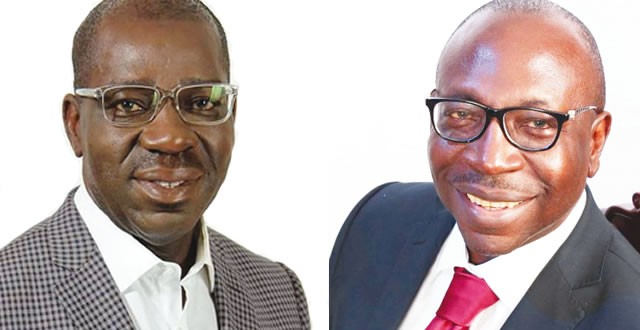 Pastor Osagie Ize-Iyamu is the consensus candidate of the All Progressives Congress (APC) faction believed to be loyal to National Chairman of the party, Comrade Adams Oshiomhole.

He is expected to slug it out with Governor Godwin Obaseki for the direct primary of the party slated for June 22.

Meanwhile, few hours after Obaseki Mandate Forum (OMF), an Abuja based group on Wednesday obtained nomination forms for the re-election of Godwin Obaseki in Edo state.