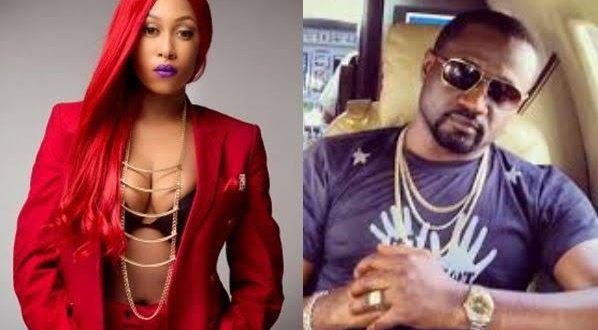 Fans in entertainment circles are getting surprised by the other side of the story.

Hours after music producer Jude Okoye made public the details of his Northside Records’ contract with dancehall star, Cynthia Morgan, music fans trooped to social media to criticise the singer for “lying” against his former record label.

Morgan, who now goes by the name ‘Madrina,’ had laid the blame for her misfortune in the music industry on the doorstep of Northside Records, alleging that the music label denied her access to the Cynthia Morgan brand.

Speaking during an Instagram Live chat ‘Upfront With Sandra’ last Sunday, the singer, who looked barely recognisable, said she moved back to Benin after battling depression and illness due to her music misadventure.

Morgan first spoke about her run-in with Jude Okoye’s Northside Records during a 2018 interview with Channels Television, where she claimed the latter, among other things, made her adopt a wild persona which brought her a lot of criticisms.

“As an entertainer, sometimes you need time for yourself to restructure, rebrand, restrategise whatever you are doing,” she said at the time.
When she was asked about her deal and relationship with the brand, she explained, “My contract actually expired last year (2017) in like August, legally, because I signed for four years.

“Even before then, we were obviously already apart because a lot of things went wrong with the deal”.

However, on Tuesday, when Jude Okoye shared details of Morgan’s contract with Northside Records with an Instagram influencer, Tunde Ednut, social media went agog with fans lambasting the ‘German Juice’ star for being economical with the truth.

The contract in question, which had a 4-year lifespan with an option for a 2-year renewal, showed that Morgan and Northside Music would split any income generated 50/50.

Being that she was a newbie at the time the deal was struck, the label agreed to put up 100 per cent of the expenses which will be eventually deducted from her earnings.

Earlier, during his Instagram Live chat with Ednut, Jude Okoye denied preventing Morgan from the continued usage of her stage name.
“I never took that name from her. I don’t have that power.”

He added that she still had access to social media accounts two years after the contract was over.

Morgan had also claimed that Okoye failed to promote her work.

“Why are people not asking questions- how come this girl has been down this so long and not even one colleague came up to her rescue?” Okoye asked Ednut.

“Not rescue as in giving her money or sponsoring her. Rescue, as in, identifying with her.”

The Northside Records boss said Morgan had questioned his value in her career while ruining all the relationships he had helped her build.

“Cynthia Morgan looked me in the eye and asked me ‘what the f**k have you done for me?,” he said.

Previous Edo gov may get Ambode treatment of ‘no 2nd term’ in Edo
Next Only 3, out of several claims to Covid herbal cure have merits – FG