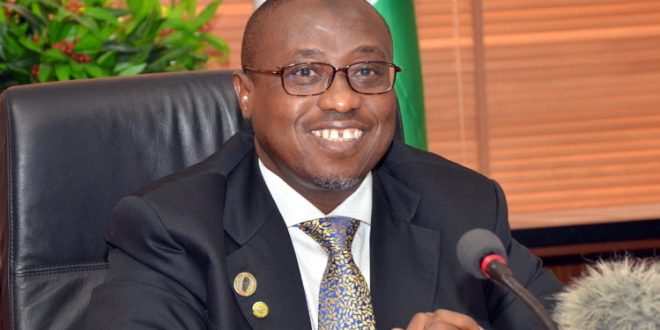 Family, friends and well wishers are currently mourning the demise of the immediate past group managing director of the Nigerian National PetroleumCorporation (NNPC),  Maikanti Baru

He reportedly died two months away from his 61st birthday.

This was disclosed by Mele Kyari, the current GMD of the state-run oil company.

“He was of exemplary character and disposition. May Allah forgive him and have mercy upon him.”

Baru was appointed NNPC GMD by President Muhammadu Buhari in July 2016, a position he held up until 2019.

Baru announced his retirement from NNPC in July 2019 when he clocked the age of 60.

“Today, having clocked the statutory age of 60, I have retired from the services of NNPC. I wish the new GMD Mallam Mele Kyari and his Team success. Thank you President Muhammadu Buhari for the opportunity to serve,” he tweeted on July, 2019.

Baru was born in July 1959 in Misau, Bauchi state.

He attended Federal Government College, Jos for his secondary education where he graduated in 1978.

In 1982, he obtained his bachelor of engineering degree from Ahmadu Bello University.

Baru has a doctorate in Computer Aided Engineering from the University of Sussex in the United Kingdom.