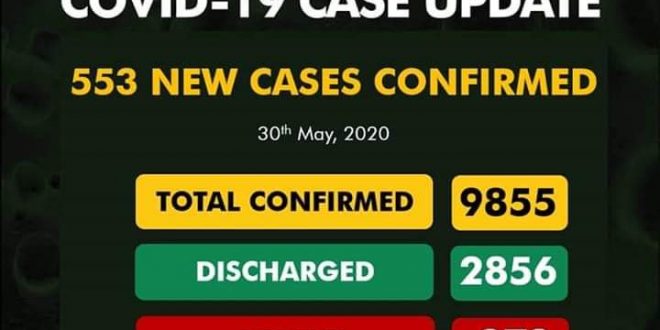 Community spread is real, more than ever before, as NDCD figure and Statistics reveals mass infections in pocket of places.

COVID-19 cases in Nigeria increased beyond 10,000 mark on Sunday with 307 new cases reported by the country.

The increase has continued despite intensified efforts by authorities to flatten the curve of the pandemic.

The new cases announced by the Nigeria Centre for Disease Control (NCC) takes infections in Africa’s most populous nation to 10,162, out of which 3007 have been discharged with 287 losing their lives.

Data from the NCDC showed that the cases were spread across 14 states and the FCT, with Lagos accounting for the highest number of infections for the day with 188 cases.

Previous RRS ARRESTS MAN OVER NUDE PHOTOS OF SALAWA ABENI
Next Abia gov, others may have contacted corona from dead commissioner