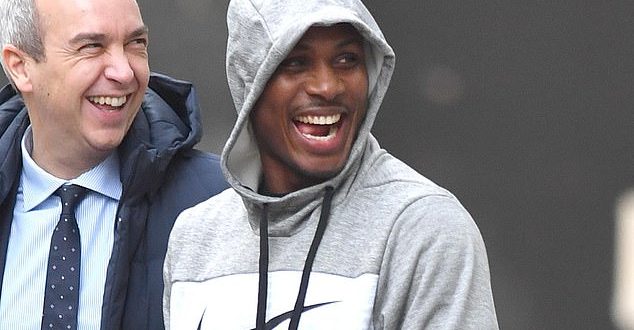 Odion Jude Ighalo has hinted he is set to stay at Manchester United for another seven months.

The Nigerian forward has been an instant success since his January move to Old Trafford but saw his future at the club in doubt with his original loan deal at the club expiring last Sunday.

The initial loan deal would have covered the end of United’s season, but with the campaign placed on hold since mid-March due to the coronavirus pandemic, there are still nine Premier League games.

Ighalo, however, raised the hope of Manchester United fans on Monday as he took to social media in United’s shirt to wish his fans a “happy new month.”

A few minutes later, the post generated a lot of questions. Fans took to the comment section to demand if he will be staying or leaving Man United.

But some stated that his smile and confidence from the picture indicate he is staying.

However, a report claimed Ighalo has also made a personal request to his parent club, Shanghai Shenhua, to extend his time at United.

To crown it, Ighalo’s agent, Atta Aneke, confirmed the forward is set to extend his loan deal at United.

“We are nearing an agreement with Manchester United on an extended loan,” Aneke told Nettavisen.

“The agreement will mean that Ighalo will remain with them until January 2021.”