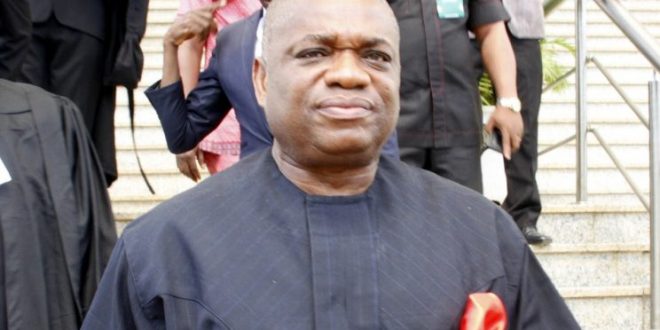 Federal High Court in Lagos has ordered his release from prison.

Kalu, who is in remand at the Kuje Custodial Center is currently the Chief Whip of the Senate

The freedom of the embattled former governor of Abia State came through processes he filed through his team of lawyers, his lawyers argued that no legal basis exists for his continued incarceration since the Supreme Court had in a judgement quashed the conviction and 12 years jail term that was earlier handed to him.

They therefore, prayed the high court to in line with the judgement of the apex court that ordered retrial of his case, set-aside the entire proceedings that led to his imprisonment

Previous I’m ready to make sacrifice. I’m ready to reunite, negotiate with Oshiomole” Gov. Obaseki
Next Buhari reassures Adeshina on AfDB : I stand by you