Home » Trending » Business » Majek and the death of protest music 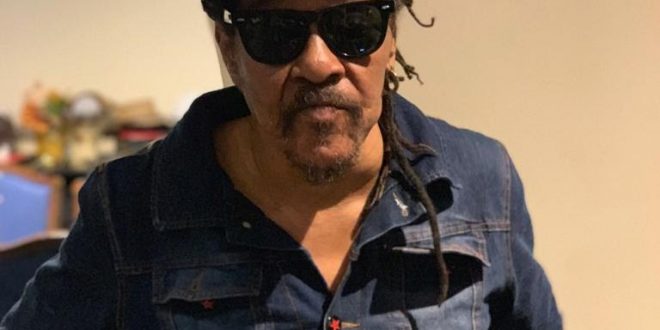 Majek and the death of protest music

Majekodunmi Fasheke, the Nigerian reggae music legend and firebrand rasta who sang protest songs, spoke against police brutality, fought for the downtrodden, promoted ethnic and religious harmony, and brought down the rain, clocked 58 on February 7, 2020 far away from the public eye. He was recently treated at a London hospital for a life-threatening ailment and is currently recuperating in the US. For those of us who adored Majek Fashek in the late 1980s and early 1990s, this is not a particularly palatable part of his life story. But it is impossible to forget the footprints of the supremely talented singer and guitarist who used to sing so much joy into our ears.

I have attended only four secular concerts in my life — and three of them featured Majek. The first was late 1988, I think, when MAMSER, the orientation of Gen Ibrahim Babangida government, held a concert at the Kwara Stadium Complex in Ilorin. I was studying for my A’Levels at the Kwara State Polytechnic at the time. Majek made a brief appearance and it meant the world to me. I was over the moon seeing him in flesh for the first time. Months later, he returned for his own concert. I did not think twice before buying the ticket. He came on stage past midnight and set the whole place on fire. That was the first and only night concert I have attended since I was born. I was glad.

In 1990, when Dr Nelson Mandela was released from jail by the South African apartheid government, a celebration concert was held at the Tafawa Balewa Square, Lagos. On seeing Majek as one of the artistes on the list, I jumped up. I was an undergraduate at the University of Lagos then. I attended the concert with my partner-in-crime, Lanre Issa-Onilu (now national publicity secretary of the All Progressives Congress). The late John Chukwu (“JC”), the inimitable MC, cracked us up all day. I remember his joke about a man who went to report a case at a police station. The first question he asked the officer on duty was: “Oga, how market?”

The only other “Majekless” concert I attended was Lekki Sunsplash ‘89. Oh, there was a Majek couple: Sheila and Des. They were conservationists. No, they were not related to Majek. During their performance, Sheila Majek threw her cassette, ‘Green Leaves’, into the crowd and I caught it — but I did not really catch her message; she was singing something like “we have to preserve our wildlife species in Africa” which was Greek to me then. I was more interested in the message of Majek Fashek, the “prisoner of conscience” who wore handcuffs and rang the bell (as they do in white-garment churches), telling us to “repent, for the Kingdom of Jah is at hand”.

I need to throw in some background here. I grew up in an omnivorous music environment. My uncles consumed all genres of music with reckless abandon. I imitated them. But in the end I had a soft spot for reggae and naturally idolised Bob Marley. Historically, I would say Terra Kota opened the door for reggae in Nigeria with ‘Lamentation of Sodom’ in 1984. (Agreed, Sonny Okosuns’ 1977 hit, ‘Fire in Soweto’, was a reggae tune but he was certainly not a reggae artiste). After Terra Kota came Pat Bio with ‘Afrikan Reggae’ in 1985. The Mandators had been on the scene before both men but did not hit it until their third album, ‘Crisis’, in 1987. The ‘Inflation’ track was massive.

There is a sense in which it can be argued that Majek’s 1988 debut album, ‘Prisoner of Conscience’, helped elevate reggae to the Nigerian pop scene. The hit track, ‘Send Down the Rain’, was as popular as ‘Happy Birthday to You’. It was accompanied by the myth that anywhere he rendered the song, heavens opened up and the rains came tumbling down. People were going to his concerts with umbrellas. The rains did fall occasionally but, for the record, I did not experience any. Majek was an ever-present at concerts. He was thestar. When he bought a Peugeot 505 Evolution for N500,000 in 1989, it was the talk of the town. That was the Range Rover Sport of those days!

I bought the LP of ‘Prisoner of Conscience’ (produced by the immortal Lemmy Jackson, who had also produced Terra Kota’s ‘Lamentation of Sodom’) at Olufunmilayo Records, Ilorin, for N10. Not done, I also bought the cassette for N4. So I had both the LP and the cassette. I loved him that much! I had inherited a turntable from my father, who died in 1976 and left behind a collection of LPs by Jim Reeves, Ebenezer Obey and plenty choirs, notably the University of Ibadan Christian Choir. He was probably unhappy from the great beyond as I regularly blasted the reggae rhythm on his hallowed turntable but I could not be bothered. Majek was a breath of fresh air and that was all I cared about.

Majek’s nine-track debut album had Marley’s signature all over it. I had to love him! There was hardly any track that did not sample a line or two from the Jamaican legend. In ‘Send Down the Rain’, he took ‘I’m a living man/I’ve got a lot of works to do’ directly from Marley’s ‘Soul Rebel’. Admittedly, he also borrowed from Peter Tosh’s ‘Feel No Way’. Majek sang: ‘You don’t expect to sow cassava and reap up cocoyam/You don’t expect to sow rice and reap up cassava’, which is as close as possible to Tosh’s lines: ‘Can I plant peas and reap rice/Can I plant cocoa and reap yam/Can I plant turnip and reap tomato.’ But, overall, the Tosh influence on Majek was close to nil.

In ‘I’ve Got the Feeling’, Majek sampled Jimi Hendrix’s ‘Hey Joe’ but took the line, ‘When it hits me/I’ve no pain to feel in my mind anymore’, from Marley’s ‘Trenchtown Rock’ where he sang: ‘One good thing about music/When it hits you feel no pain.’ Even Majek’s ‘Genesis’ was, conceptually, not unrelated to Marley’s ‘Exodus’. His cover of Marley’s ‘Redemption Song’ was glorious. In ‘Let the Righteous Cover the Earth’, Majek echoed a line and tune from Marley’s ‘Revolution’, a track from his 1974 debut solo album, ‘Natty Dread’. (As an aside, Marley said this eternal truth in the track: ‘Never make a politician grant you a favour/They will always want to control you forever.’)

Majek’s singing was undeniably inspired by Marley — though his sound had some Hendrix influence as he flirted with rock, evident in ‘Without You’, the opening track in his second album, ‘I&I Experience’. Despite wearing dreadlocks, using the rhythm guitar liberally, playing bass the Jamaican way, flying the green-gold-red flag and even having a spouse named Rita — just like Marley — Majek said his brand of music should be called kpangolo. I did not find it funny. Creating a unique identity was good, but why run away from the family tree? Reggae has many flavours — roots, lovers rock and dancehall. He could have called his own kpangolo reggae. I wouldn’t have minded.

Soon, Majek was getting disconnected from Nigeria as he toyed with the US market. His music was becoming more rock and less reggae as he tried to sell snow to an Eskimo. It didn’t work well, in my opinion. He was a king back in Nigeria, headlining every concert, adored all over the nation. He was like a prophet — in fact, Mandela was released a few months after he released the hit song, ‘Free Mandela’. His stock was on the rise, challenged on the pop scene only by Shina Peters’ ‘Afrojuju’ series. And then he relocated to America and the music basically petered out. But when the quest for the global stage did not work well for him, he should have quickly retraced his steps.

Nigerian artistes who are now penetrating the international market today, such as WizKid, Burna Boy and Davido, are exporting their music, not trying to assimilate into some US genre. America has enough R&B and rock artistes. It would be tough taking those genres back to them. Fela Anikulapo-Kuti sold Afrobeat to the world. He did not try to sell them jazz. He stubbornly refused to shorten his tracks as demanded by his marketers who wanted him to adopt his songs for more foreign airtime for commercial reasons. He created a space for himself. Majek tried to blend but it did not work to plan. Today, you need not relocate abroad to break into the market. You can do it from home.

By the time Majek reappeared on the Nigerian scene, he had become a shadow of himself, ruined by drug habits that had apparently been aggravated in the US. I was in tears seeing the pictures of a wretched Majek on the internet. Is this the same guy I trekked kilometres — from Unity Road to the Kwara stadium in Ilorin — to watch just for a few minutes in 1988? Is this the Bob Marley alter ego that I adored? I was saddened to further read sometime last year that his life was in danger as a result of some drug-related illness. A public appeal was launched to raise funds for his treatment and billionaire businessman, Mr Femi Otedola, eventually came to his aid. It is such a sad story.

It should be regarded as an undiluted tribute to Majek that his exit from the Nigerian arena marked the beginning of the disappearance of reggae from the pop scene. More significantly, his exit also did great harm to protest music. In ‘Police Brutality’, for instance, he sought to mobilise Nigerians around the issue of extra judicial killings. That did not escape the notice of the police authorities. He sang: ‘Dem dey loot/Dem dey shoot/Dem dey kill our leaders of tomorrow/Instead of killing the armed robbers/Dem dey kill all the taxi drivers… Dem dey suck the blood of the sufferers/Eat the bread of the wanderers…’ We don’t make such music again. Happy birthday to the Rainmaker!

Tags Majek and the death of protest music slideshow