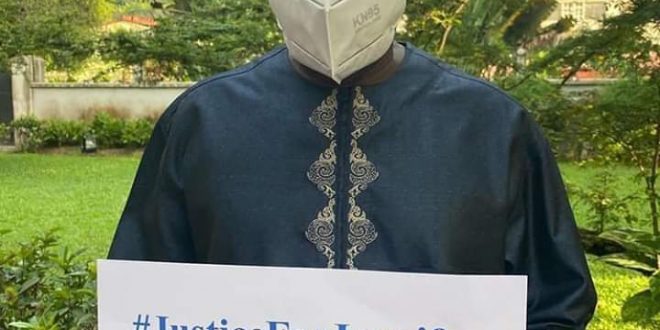 demands justice for student who died after rape

Bola Tinubu, national leader of the All Progressives Congress (APC), has called for justice over the death of Vera Omozuwa, a 100-level microbiology student of the University of Benin (UNIBEN), Edo state.

Last week, Uwa, a student of microbiology, died after she was attacked and rsped while studying in a church in Benin.

At about the same time, Tina Ezekwe, a 16-year-old girl, was killed by strayed after a police officer fired shots in a bid to apprehend a bus driver at the Iyana-Oworo area of Lagos.

The student’s death comes weeks after Jennifer, an 18-year-old girl, was allegedly gang raped by his five friends  in Kaduna state.

The deaths of Nigerian females have triggered protests on social media.

In a series of tweets on Tuesday, Tinubu also condemned the killings, saying such violence is inexcusable.

He said the incidents are parts of the “pain, hurt and stigma of gender-based violence and abuse” suffered by Nigerian women and young girls.

Tinubu, a former governor of Lagos, said “enough is enough”, adding that justice should be served to all victims of gender-based violence

Tags demands justice for student who died after rape slideshow

Previous FG keenly interested, as IG’s team takes over probe of UNIBEN Student’s murder
Next Revealed..list of Airports to begins operation from June 21