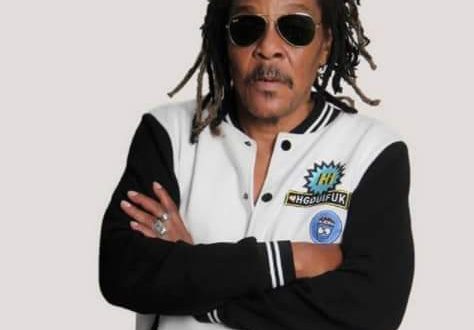 Majek Fashek, Stars are fading without Hall of fame – Soaga

I knew Majek Fashek way back in 1987. I was Production assistant with NTA Channel 10 working with Charles Ajayi.
We were Producing Musical programs and Documentaries. I was scouting for artistes for our program. I met Majek at Tabansi records on Oregun road, Now kudirat Abiola way. He was their topmost artist and Artistes manager then. Very nice friendly. His words “Nice ehn! We go NTA, Nice!” I told him we’ll come and interview him. “Nice, okay”. We later went to his apartment, story building behind Oshoppey plaza. (Oluwaleyimu street) There I met his mother who he proudly introduced me to. “Mmaa, my friend, friend Kehinde NTA. works for television” then I was also presenting Youth scene. Days later, I took my Oga to majek’s house and we did the interview. We became friends I do go to him anytime in Ikeja. He featured on my NTA Program “YOUTH SCENE” In 1989,I was the presenter with Bolanle Talabi. Brought his guitar as he always love to play and sing. He was a talent.
At some point, I was handling promotions for Sona Breweries, bringing artistes to venues. Particularly in Fuji, and hip Hop with Dancers etc. I was asked if could get Majek Fashek. Mr Rajeev was surprised I knew Majek, we went to his house with Mr. Bayo the promotions director and agreed for a live Free show in Lagos Island.
I will forever remember that show. We used the 1st Car Park at Marina. Just after Apongbon. On a Friday Afternoon. The Crowd was massive. Hundreds of Cars parked on the bridge to see Majek Fashek.That was the Biggest show of a single Nigerian Artistes in History. Myself and Sona Breweries management never expected such crowd. When Majek appeard on a Maltonic Smaller Truck bringing him on stage,
He was ringing a Bell. The Bell was sounding as if it’s from Heaven. Everybody heard the Bell. He walked up and down the stage ringing the bell. Started playing Guitar like a Master. Mid way he sang his popular song, “Send down the Rain” It was like a prophetic statement. The Rain started!! Without usual cloudy atmosphere. Come and see people scamping for cover. No where to hide except under the bridge. The Traffic of vehicle and People out of Lagos Island that Friday was unprecedented.
From then his stardom continue at home and abroad. Many years gone by.
The last time I saw Majek, I almost wept. He couldn’t recognise me. It was at a Thanksgiving event for Deji Balogun as the General Manager of Lagos Television LTV. I think It was 2015. He came, looking very old and weary. I greeted him,he looked at me, smiled but I was sure he didn’t recognize people well anymore. No need to remind him anything.
Majek Fashek has come and made a Huge impact in the Nigerian Music industry. It is so sad how our Stars are dropping like unsung Heroes. No vibrant, Organised Entertainment sector in the Nation. Recently, RAS KIMONO passed on just like this
I do not think Nigeria has a HALL OF FAME for these Icons. Rest in peace my Good friend MAJEK FASHEK.