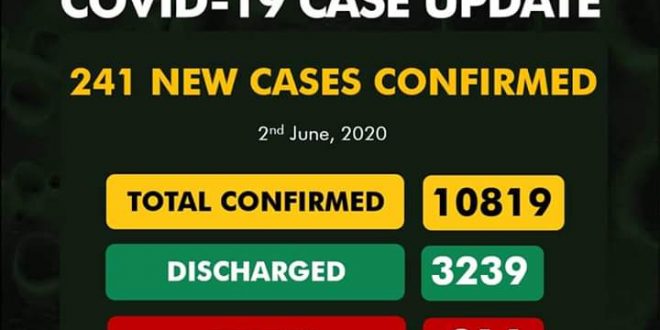 Nigeria has recorded 241 new cases of the Coronavirus across various states of the country.

Announcing via its official Twitter handle on Tuesday night, the Nigeria Centre for Disease Control (NCDC) stated that 142 new cases were recorded in Lagos, 15 cases in Oyo State, 13 cases in the Federal Capital Territory (FCT), 12 cases in Kano State, 11 cases in Edo State and ten cases in Delta State.

As at now, 10819 persons have tested positive for COVID-19 in Nigeria with 3239 patients discharged and 314 deaths recorded.

A breakdown of cases by state can be found via http://covid19.ncdc.gov.n