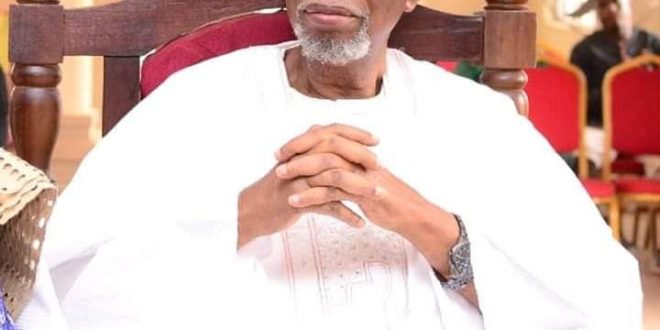 President Muhammadu Buhari had condoles with government and indigenes of Ondo State over the death of Evangelist Bamidele Isola Olumilua, who was a governor of the state from 1992-1993.He died, just two months ,after his 80th birthday bash.

He was a governor in Ondo State in the botched third republic before the creation of Ekiti state in 1996.

Olumilua died at his country home, Ikere Ekiti. His remains have been transported to the morgue at Afe Babalola University Teaching Hospital in Ado Ekiti.

His son and Commissioner for Information and Values in Ekiti state, Olumuyiwa had tweeted:

“Happy 80th birthday to our father, our leader, and one of icons of our time, my dad, His Excellency Evangelist Bamidele Isola Olumilua. Wishing him more years in good health.”

The President sympathizes with family members, friends and associates of the former governor, who worked very hard to improve infrastructure and livelihood of people in the state.

President Buhari affirms that Evangelist Olumilua played an active role in the return of democracy in the country, and served as Chairman, Christian Pilgrims Board.

The President prays that the almighty God will receive the soul of the departed, and comfort his family.