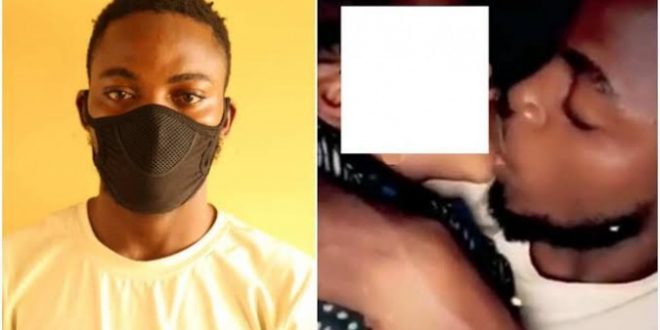 The Lagos State Police Command has arrested one Adeyeye Babatunde of Kajola St., Shagamu, Ogun State, for kissing his three-year-old step sister in a viral video.

“The state Commissioner of Police, CP Hakeem Odumosu, directed detectives from the Gender Unit to analyse the video and apprehend the suspect.

“The team got the suspect and he has been handed over to the State Criminal Investigation Department, for diligent prosecution in court.

“The CP expresses gratitude to Nigerians who helped in bringing the incident to the notice of the police, and urged everyone to continue to speak out against sexual and gender-based violence,” Elkana said.

He said that for complaints on rape, child abuse or domestic violence, the public should call any of the following numbers.

Previous UN to create “Ambazonia.” Country out of Cameroon &..24 taken from Nigeria
Next Nasarawa gov shuns 2nd term, says, I’ll go to US or Saudi to enjoy my life