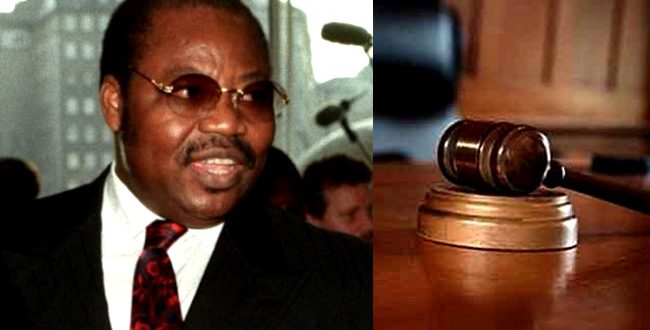 The investigation into allegations of corruption and money laundering against Nigeria’s former Minister of Petroleum, Dan Etete has taken a new turn with the tracking and grounding of a private jet which was traced to the former minister.

The jet is believed to have been purchased for 57 million dollars in 2011 as part of the alleged proceeds of the $1.3 billion oil deal in which the prospecting rights to the opl 245 block was awarded to a company, Malabu Oil and Gas, which he secretly controlled.

Asset recovery lawyers acting for the Federal Government swooped after the bombardier 6,000 jet touched down at Montréal-Trudeau International airport in Canada.

The seizure was confirmed to Channels TV’s London correspondent on Saturday by Babatunde Olabode Johnson, one of the lawyers involved in Nigeria’s asset recovery cases.

The order for the seizure according to Mr. Johnson was served on the jet’s owner, a company called Tibit Limited, which has until June 9, to file court papers opposing the seizure