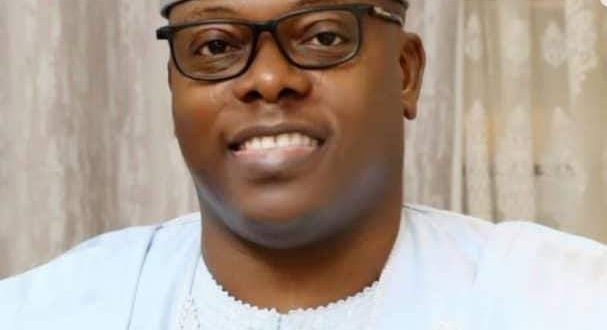 The new Oniru of Iruland, Lagos, Oba Gbolahan Lawal, will be installed today. He succeeds the late Oba Abiodun Oniru, who passed on last year at 82.

His nomination and appointment were ratified at the weekend by Governor Babajide Sanwo-Olu. The 50 year-old monarch and an experienced administrator is expected to advance the cause of socio-economic development in cosmopolitan Iruland.

Until his appointment, Prince Lawal, who is from the Abisogun Ruling House, was Commissioner for Agriculture in Lagos State. Gbolahan Wasiu Lawal born on July 24th 1970 to late Chief T. A. Lawal- Akapo, the Ojora of Lagos (1977-1993) and Olori M. A. Lawal-Akapo.

Gbolahan is a Lagos Prince from the Ojora, Aromire, Shokun and Abisogun branch of Oniru Royal families of Lagos State. He is driven, focused, steadfast and passionate.

Prince Lawal holds an Executive MSc in CITIES (LSE, Cities) from the London School of Economics and Political Science.

He also obtained an MSc in Violence, Conflict and Development from the School of Oriental and African Studies [SOAS], University of London in 2008; a BSc Hons. in Botany from the University of Port-Harcourt in 1992 and a product of the famous St. Gregory’s College, Lagos.

In addition, he has completed several courses and programmes amongst which are the International Housing Finance Program (IHFP) in 2018 and Advanced Management Programme (AMP) from The Wharton School, University of Pennsylvania, USA in 2015.

He is also a product of the Harvard Kennedy School of Government and the World Bank Institute, Washington D.C. In the last 8years, he has been on the board of the Lagos State Security Trust Fund.

Prince Lawal started his career as a Scientific Officer with the Raw Materials Research and Development Council at the Federal Ministry of Science and Technology in 1994.

He later joined The Nigerian Police Force and was commissioned as a Cadet Assistant Superintendent. While in the force, he held several duty posts amongst which was serving as an Aide-de-camp [ADC] to the former Governor of Lagos State, Asiwaju Bola Ahmed Tinubu. He retired voluntarily from the Nigerian Police in 2008 as a Superintendent of Police.

The success of the innovative Agric-Yes paved way for his appointment as the Honourable Commissioner for Agriculture and Cooperatives in Lagos State in 2011.

Prince Lawal is the brain behind the reforms and development of the Red Meat Value Chain in Lagos State; Agricultural Value Chains Empowerment Programme, a programme targeted at farmers, service providers, transporters, input manufacturers and suppliers within the system whose services are required for the successful implementation of increase productivity in Agriculture; an appraisal of Farm Estate and Settlements in the State; Lagos Agriprenuership Programme; the very popular Lagos Seafood Festival and the EKO City Farmers’ Market.

Suffice it to say that to curtail the spread of the disease, the Lagos State Governor, Mr. Babajide Sanwo-Olu declared a lockdown in the state and initiated various interventions in the areas of health, food and security to ameliorate the pains that the lockdown had on the citizenry.

And it was Lawal’s Ministry of Agriculture that successfully coordinated and to the admiration of all, the twin efforts of the Emergency Food Response and the Temporary Food Markets.

He also has several awards in recognition of his outstanding performances in both sectors he served as Honourable Commissioner. He is happily married with children, a sports, music and arts enthusiast.

Meanwhile, a contestant to the stool, Prince Abdul Hakeem Oriyomi Ajasa, has congratulated the Oba-elect. He described Gbolahan’s selection as a victory for the Abisogun Ruling House.

We learnt that Prince Ajasa called Prince Gbolahan this evening to congratulate him. He pledged his support and promised to join hands with the Oba-elect to further develop the Iruland and environs.

“We say a very big thank you to our daddy, the National Leader of the All Progressives Congress (APC) and a core Democrat, Asiwaju Bola Ahmed Tinubu, Governor Babajide Sanwo-Olu, First Class monarchs in Lagos State, prominent Lagosians, and all our supporters who stood by us during the keen struggle.

May Almighty Allah and our ancestors continue to guide and guard you all. Congratulations to all the Abisogun Ruling House,” he said.