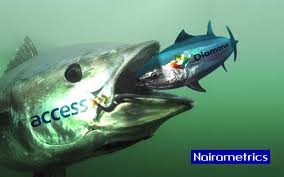 The Presiding Judge, Owerri Judicial division of the National Industrial Court, His Lordship, Hon. Justice Ibrahim Galadima has set aside the wrongful dismissal of the former Deputy Manager, Mr. Chukwudima Iwuchukwu by the ACCESS (DIAMOND) BANK PLC and converted same to termination with immediate effect, ordered payment of salary from 5th July 2016 to 2nd June 2020 within 30 days.

From facts, the Claimant – Chukwudima had submitted that he was initially suspended without pay by the bank on the 27/1/2016 and consequently directed to “reduce the bank’s exposure”, that he purportedly reported daily to work to sign the register and thereafter pursued the recovery of certain debts he was alleged to have been liable for.

Furthermore, on 31/5/2016, he was served with a letter titled “cessation of employment” with an allegation of gross negligence.

He stressed that his dismissal is a permanent blemish on his otherwise good records and an impediment against him securing another job in any financial institution in Nigeria if not reversed.

In defence, the bank denied all allegations stated inter alia that the Chukwudima was expected to be professional while performing his functions that failure to do so exposed their business to risks and losses which necessitated his dismissal.

Learned Counsel to the Bank, argued that unless the Claimant’s case is not hinged on his violation of the credit policies and guidelines, that his failure to have tendered the said policies in evidence was indeed fatal to his case urged the court to dismiss the suit.

Learned Counsel to Chukwudima opined that based on available evidence the Court must find that the Claimant’s dismissal was wrongful due to the failure of the defendant to establish the allegations which were purportedly used in dismissing him.

Counsel further stated that letter of offer of appointment makes provision for termination and not for dismissal of an employee of the bank urged the Court to hold that the Claimant is entitled to damages for the wrong done to him in the interest of justice.

Delivering judgment, the presiding Judge, Justice Galadima held that the Defendant has to establish the guilt of the Claimant and not for the Claimant to prove his innocence.

“With such weighty allegations put forward and considering the enormity of the sums involved, if the Defendant truly wanted this Court to believe that the Claimant was responsible for its significant financial losses, it should have reasonably desired to defend its act of dismissing the Claimant from its employ by producing evidence through a witness as required by the rules of this Court and the Evidence Act. I, therefore, do not believe the Defendant was justified in dismissing this Claimant in the manner it did.

“As such, the Defendant Counsel’s submissions and arguments requesting this Court to reject the letter of promotion for purportedly failing to meet the requirements of Section 84 of the Evidence Act are misconceived and misplaced and same are discountenanced accordingly.

“Therefore, having already found that this Claimant was wrongfully dismissed, he is only entitled to all his salaries from the date he was dismissed, to the date of pronouncement of this judgment.”