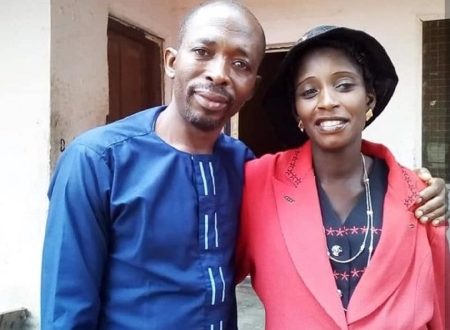 A Nigerian Christian pastor who graduated from Calvin Theological Seminary in Michigan was gunned down along with his wife Monday while working on their farm in the Taraba State of Nigeria. The couple leaves behind eight children ages 1 to 19.

The Rev. Emmanuel Saba Bileya and his wife, Juliana, who is said to be pregnant, were killed by gunmen who have yet to be identified, according to a statement released by the Hausa Christians Foundation.

Bileya served as a pastor at a Christian Reformed Church in the Donga local government area. Bileya received a Master of Theology from Calvin in 2014 and served for the last five years at Veenstra Theological Seminary in Donga, according to his LinkedIn profile.

“In what is being noted as systematic direct war against Christianity in Nigeria, pastors, Christian leaders and seminarians are either being kidnapped or killed every week,” the Hausa Christians Foundation statement reads. “Christians in Nigeria have been the target of many attacks by the vicious Boko Haram jihadist Islamist terrorists, herdsmen attacks and many other kidnappings in recent times.”

In a statement released through a spokesperson, Taraba Gov. Darius Ishaku condemned the murder of the pastor and his wife. Ishaku said he sympathizes with the surviving members of Bileya’s family and members of the Christian Reformed Church in Nigeria.

“The killing of the pastor and his wife is wicked and inhuman,” the governor’s statement reads, according to Nigeria’s This Day newspaper. “Killings of this nature have happened too often recently in Southern Taraba communities and this is unhelpful to the ongoing efforts of the government to achieve lasting peace among communities in the area.”

Biyela was a doctoral student at the Robert E. Webber Institute of Worship Studies, a nondenominational graduate school in Jacksonville, Florida.

He enrolled at IWS in 2014 and was in the final stage of his doctoral program. He took a thesis course in 2019.

“It is with a broken heart that IWS announces the deaths of D.W.S. student Emmanuel Bileya, his wife Juliana, and their child in utero, whose name is known only to God,” an IWS statement reads. “Their martyrdom was the result of an ongoing ethnic war in their home country of Nigeria.”

According to IWS, Emmanuel and Juliana will receive Christian burials on Friday.