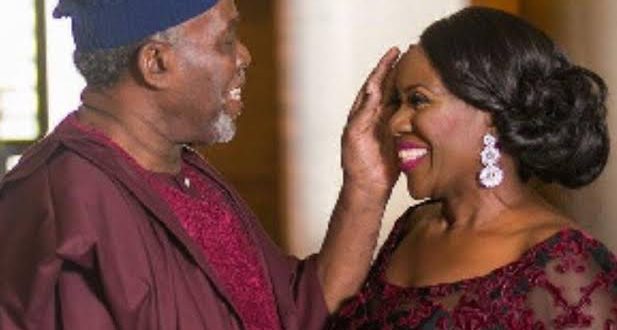 Olu Jacobs very quietly began exiting the Nollywood sphere. He went from doing multiple movies a year to only one in the following year, 2017 which was in the movie, The Royal Hibiscus Hotel. This is the last movie Olu Jacobs has been in over the last 3 years.

the sad truth is that what happened to Olu Jacobs is what happens to every single person that is privileged enough to live until the age Olu Jacobs has lived. Olu Jacobs is 77 years old and as such, isn’t physically as energetic or in need of the stress and strain that comes with the movie industry the way he was back in the day.

Throughout his extensive career, Olu Jacobs starred in over 120 Nigerian movies including Eye of The Gods, Lonely Heart, and Eagle’s Bride…and several stage plays, before movies becomes the in thing in Nigeria.

Acting is a very strenuous process that takes long hours and a lot of shooting, retakes, standing, moving, etc.

When in January 2020, Joke Silva, his wife of over 30 years sat down with the women of Your View at the TVC network, she disclosed that before, Olu would go and bring her coffee every morning to help with her low blood pressure as prescribed by the doctor, but now he can no longer do that because of his age and so the maid is the person who now brings her coffee. On the plus side though, she also admitted that Olu isn’t too old to have a good time in the bedroom. When one of the hosts asked Joke if her and Olu still “do the do”, Joke responded:

We do the do in a way that is appropriate for our age.

This interview and the information provided is the most recent information we’ve heard about Olu Jacobs and how he’s faring these days. From the sounds of it, the actor is having to surrender to nature and age and as a result, has had to take it easy with acting and too much strenuous activity. We’re happy to hear that he’s still doing well though as Joke told the girls on the show that he’s fine, just older.

Do you miss seeing Mr Olu Jacobs on your television screens? What’s your best movie or memory of Olu Jacobs?