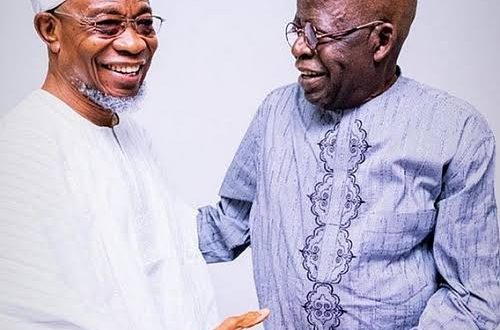 Bola Tinubu, a national leader of the All Progressives Congress (APC), has dissolved all political groups in the state following a cold war between him and Rauf Aregbesola, his associate.

The decision was announced at the meeting of the Governor’s Advisory Council (GAC) in Lagos on Tuesday afternoon.

Aregbesola was accused of launching political groups in the state without the knowledge of Tinubu, who is regarded as the political leader.

There are insinuations that Aregbesola, former governor of Osun state, is interested in running for president in 2023, an ambition that may pitch him against his former boss who is also believed to be interested.

The Mandate Group, made up of Tinubu’s loyalists, was relaunched by Aregbesola recently but the former Lagos governor is said to be out of the know.

Expect more on this story