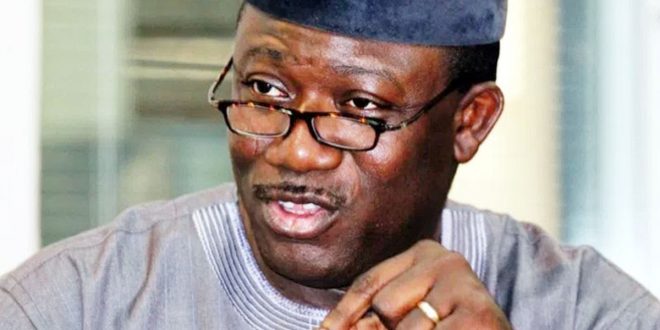 Special Adviser to President Muhammadu Buhari on Political Affairs, Senator Babafemi Ojudu, has accused the Ekiti State Governor, Dr. Kayode Fayemi, of laxity and underperformance in governing the state since assumption of office in 2018.

Ojudu also scolded Fayemi for allegedly running the state chapter of the All Progressives Congress (APC) like his own personal fiefdom.

The senator, who represented Ekiti Central in the seventh Senate, stated this in a telephone chat with journalists in Ado Ekiti, the state capital, yesterday.

Ojudu said: “Where is the focus on the people now? Is it roads that the government is constructing? Is it providing employment or foods? Where is the governance in the state? I want you to do a search on Google and tell me where the projects are.

“Let us compare the two leaders! Some people might tell you that there is no money, but is Zulum in charge of the Central Bank of Nigeria (CBN) or is he receiving more than what Ekiti State governor receives?