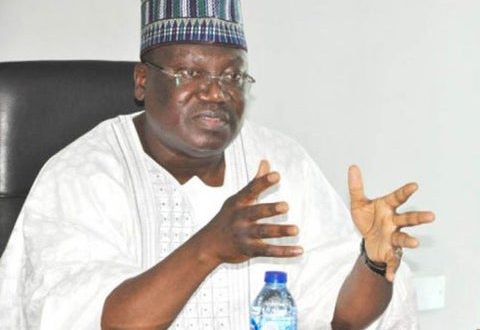 President of the Senate, Dr. Ahmad Lawan, thursday said the Senate in the last one year had approved a total of $28 billion as loans to the federal government.

It has also passed the revised 2020 budget figure for the fiscal year, jacking up the figure proposed by the executive by N301 billion to make it N10.810 trillion.

In addition to passing the revised budget, the Senate, at its plenary yesterday, also confirmed Justice Monica Dongban-Mensem as the Court of Appeal president and ratified the nomination of 42 people as career ambassadors.

Lawan, in a speech to mark the first anniversary of the Ninth Senate, said there were requests during the period under review by the executive to access both foreign and local loans to fund developmental projects.

He said: “In order to support and enable the government raise the necessary funds for national development, there were requests for approval to borrow, both from the domestic and foreign sources.

“We have approved foreign loans of about $28 billion in the last one year. We had ensured proper scrutiny for the desired projects and programmes of government, the conditions of the facilities; before approving such borrowing requests. The task ahead of us is to ensure tracking, monitoring and supervision of how the loans are applied. We must ensure that the target projects remain, and that there is value for money also.”

He also stressed the need for government to look for alternative means of funding its capital projects, saying that “the current experience of low revenues to government, also challenges us to think and evolve new or additional sources of funding government projects, especially, for the development of our infrastructure.”

Unity Bank Says Capital Raising Plan on Course
Lawan added that “while borrowing may be inevitable, we should also consider a Public Private Partnership (PPP) as a means of funding some of the government projects.”

Also yesterday, the Senate raised the N10.509 trillion proposed by the executive as revised budget for 2020 fiscal year by N301billion, passing N10.810 trillion as aggregate expenditure for the revised budget.

The Senate also reviewed parameters assumptions of the revised proposals like $25 per barrel oil price benchmark increased to $28 per barrel; 1.9m barrel oil production per day target reduced to 1.8 million barrel per day while budget deficit rose from N2.28 trillion to N4.17 trillion.

Other highlights of the revised budget proposal forwarded to the Senate by Buhari penultimate week, including N2.951 trillion debt servicing and N500 billion as intervention fund for COVID-19 were retained. Also, the N360 to a $1 exchange rate was retained.

Shedding more light on the increases, Chairman of the Senate Committee on Finance, Senator Olamilekan Adeola, said increases made on oil price benchmark from $25 per barrel proposed to $28 per barrel, accounted for N5 billion spread on different votes earlier proposed.

Earlier in his lead debate for the passage of the revised budget, Chairman of the Senate Committee on Appropriation, Senator Jibrin Barau, said his committee in analysing the budget proposals observed that there were cuts in all items in statutory transfers, increase in the debt service and general reduction in the overhead component of the budget (excluding the health sector).

Others are reductions/zero provision to some projects in the capital component and new provisions on service wide votes and capital supplementation to cushion the socio-economic disruptions and shock of COVID-19 pandemic.

Speaking after the passage of the budget, Lawan said the various standing committees of the Senate should, through the power of oversight, ensure the implementation of all appropriations made, as passed.

He said: “We must ensure accountability in the execution of the just passed revised 2020 budget in the interest of Nigerians. The best way of doing this, is to carry out thorough oversight on both the revenue generating agencies and others executing the budget in one way or the other.”