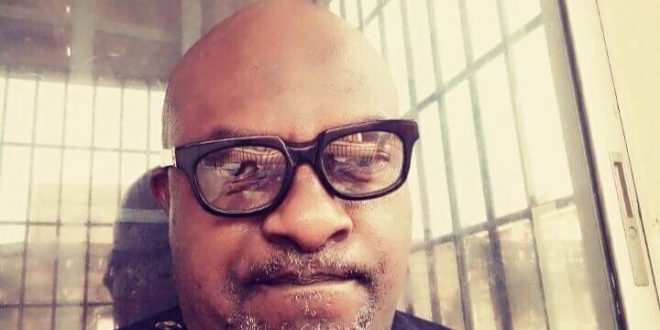 Enugu based blogger, Chijioke Okibe dies in his Sleep

Unconfirmed reports said he died in his sleep at his independence Layout, Enugu residence earlier this morning.

The former Executive Assistant on media to former governor chimaroke Nnamani, was a popular figure in the social circle in the Coal City of Enugu, known virtually by all politicians in the state.

He rose to stardom as an Igbo newscaster on the Enugu State Broadcasting Service(ESBS) as well as his officiating in many highbrow celebrity events as master of ceremonies.

His death which came to us as a shock, also shocked many residents of the Coal City of Enugu. We’re deeply saddened to learn of his passing.

The late Chijioke Okibe, was a socialite to the core, he related to all and sundry irrespective of tribe or religion. He was a good man.

Cause of his death was unknown as at the time of filling in this.