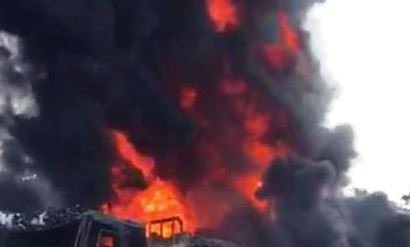 Witnesses said the fire which was caused by a mini gas station located in the area, destroyed goods worth millions of naira.

The fire was said to have started at about 11pm on Sunday night but officials of the State Fire Service arrived late which made many goods to be destroyed.

Previous Tension In US As Police Officer Kills Another Black Man
Next Musician, pianist arrested for robbery, blame lockdown, hunger