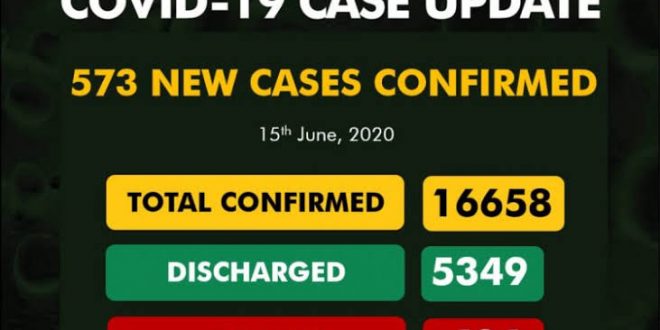 Nigeria on Monday recorded 573 new cases of the novel coronavirus, according to the Nigeria Centre for Disease Control (NCDC).

In a tweet via its official handle, the NCDC also stated that the nation recorded four additional deaths within the past 24 hours.

The country’s total infections have now risen to 16,658.

As has become normal,  Lagos reported the highest number of cases with 216 new cases and Rivers was second with 103 new infections.

Of the number confirmed, the NCDC stated that 5,349 persons have been discharged.