Home » Events » No chance for Obaseki in APC again -Oshiomhole 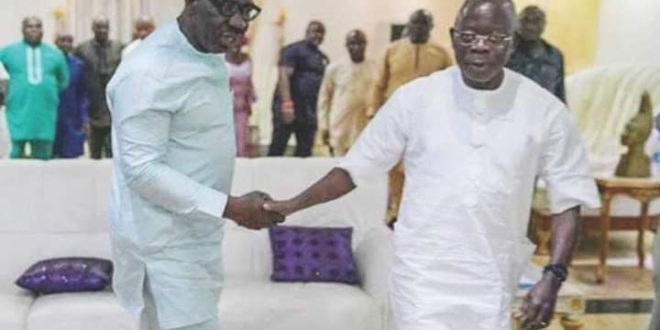 No chance for Obaseki in APC again -Oshiomhole

The National Working Committee (NWC) of the All Progressives Congress (APC), on Monday night said there would be no going back on the results of the screening of governorship aspirants for Edo last week.

National Chairman of the APC, Comrade Adams Oshiomhole, disclosed this to State House Correspondents shortly after the NWC’s meeting with the Chief of Staff to the President, Professor Ibrahim Gambari, at the Presidential Villa.

Oshiomhole, who led other members of the NWC to the meeting, also allayed fears that the party might lose Edo to the People’s Democratic Party (PDP) if Governor Godwin Obaseki, decamps and eventually gets its governorship ticket.

Speaking on the possibility of the APC losing Edo State to the PDP in a situation reminiscent of the Benue experience, Oshiomhole said incumbency alone was not enough to give victory in an election, pointing out the fact that the peculiar political sentiments of Edo State would determine the winner.

“All those who decamped with Saraki, they all lost. Those who did not decamp, Bauchi, Adamawa, sitting governors lost.

“I think we need to get away from this fixation. Whether in America, Britain or in Nigeria, there are plethora of cases where sitting governors lost, sitting senators left, sitting reps lost.

“There’s no guarantee that if you field somebody because he has incumbency you’ll win. Incumbency also has its liability, depending on the sentiment of the people of the state,”he argued.

Tags No chance for Obaseki in APC again -Oshiomhole slideshow