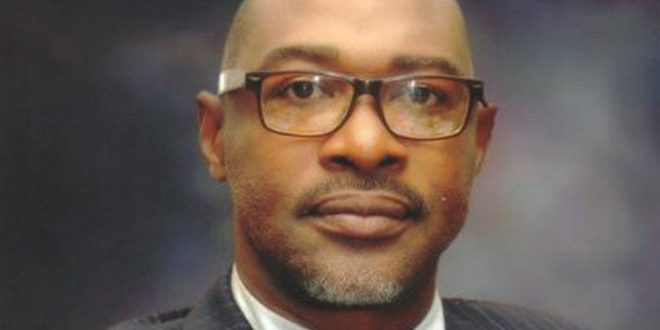 Mr Anselm Ojezua, Chairman, All Progressives Congress (APC) in Edo State, says he will not be leaving the party with the governor.
Ojezua is loyal to Governor Godwin Obaseki who resigned on June 16 from the party.
Ojezua said this on Tuesday, following Obaseki’s resignation from the APC after meeting with President Muhammadu Buhari in Abuja.
The governor was last weekend disqualified by the APC screening committee for the Edo 2020 governorship election from contesting the party’s primaries based on discrepancies in the documents he submitted.
Obaseki later formally announced his resignation from the party to journalists in Abuja on Tuesday shortly after meeting Buhari.
However, Ojezua said he would not move with the governor as he was elected as chairman of APC with a four-year mandate, which would expire in 2022.
“I won’t move. As you can see, I still have my mandate as the elected party chairman of APC in Edo State which expires by 2022, and I intend to complete that mandate,” he said.
Meanwhile, retired Col David Imuse, factional APC Chairman loyal to Mr Adams Oshiomhole, the National Chairman of the party, described Obaseki’s resignation from the party as a welcome development.
Imuse said: “In fact it is much expected and it is a good riddance to bad rubbish.
“The party remains the party, we are preparing for our party primaries. So by Monday all of you should be prepared to witness the direct primaries which is going to be a seamless operation.
“The party is in a joyous mood, I believe you can feel it from my voice.
“His going to another party will not be affecting the chances of the APC.
“Membership of political parties is voluntary so he can go to anywhere he likes, it is his constitutional right, and has no effect on the APC.”

Previous PDP Chairman thanks Oshiomhole for ‘dashing’ out States
Next Orange, biggest telco in France, plans entry into Nigeria