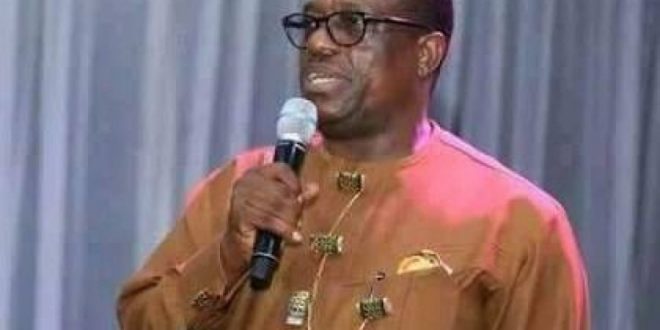 There are clearer indications that things  are really falling apart in All Progressives Congress (APC).

Power tussle is on as reported earlier by YOU NEWS. This  morning of Wednesday, June 17, the unfolding drama has taken another dimension.

He promptly annulled the results of the recent Edo State governorship screening exercise that controversially disqualified Governor Godwin Obaseki, leading to his resignation from the party along with his deputy, Comrade Philip Shaibu.

The action followed the Court of Appeal’s upholding of the suspension of the party’s National Chairman, Comrade Adams Oshiomhole.

However, Giadom promptly rejected Ajimoi’s appointment. He said late last night via a statement signed by his Counsel, Chief Wole Afolabi: “Our attention has been drawn to a Statement purportedly issued by the Publicity Secretary of the APC to the effect that Senator Abiola Ajumobi is to act as the National Chairman of APC following the suspension from office of Comrade Adams Oshiomhole by the Court of Appeal.

“We wish to state that the statement must have been issued in complete ignorance of the order of the FCT High Court issued on 16th of March, 2020, by Hon. Justice S.U Bature in Suit No. FCT/HC/M/6447/2020 to the effect that Chief Victor Giadom is to act as the National Chairman of the party due to the suspension of Adams Oshiomhole as the National Chairman.

“Consequently, we have written to all law-enforcement agencies to implement the said order and any one who attempts to parade himself/herself other than Chief Victor Giadom as the Acting Chairman of the APC would be facing contempt of court proceedings.

Previous Mountain of Mercy pastor is dead !
Next Davido’s 5 Baby Mamas..who is no 1?