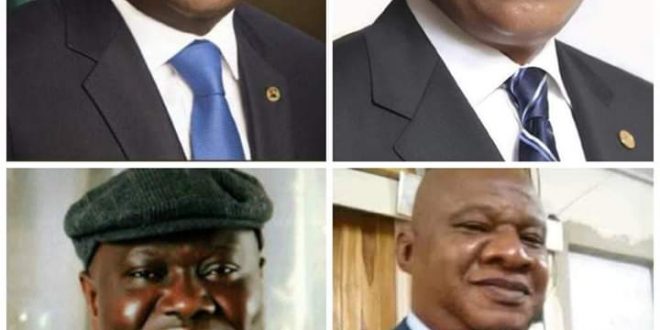 The mourning of senator Oshinowo a.k.a Peperito’s demise is still on. But barely a week after his death, talks are on quietly about his replacement!

A source said “How can you people be so heartless it’s just 4 days the distinguished sen.pepper died, and you have started talking about who will replace him ..hmmmmmm this life.”

“It’s too early to raise such poser.” a source said, and added ” well that is life for you..with or without you…”

“This is official case & must not be vacant, as representation must continue without denial to the constituents.

Another politician asked rhetorically ..Should we be talking about his replacement four days after his demise? . We have about 90 days as stipulated by the law for replacement of a dead representative through an election.

Following the unfortunate demise of late Senator Sikiru Adebayo Osinowo (Pepperito), in your view, who the cap fits as the next Senator to represent Lagos East Senatorial District in the Senate among these gentlemen – former Governor Akinwunmi Ambode, Senator Gbenga Ashafa, Rt. Hon. Adeyemi Ikuforiji and Rt Hon Jokotola Pelumi, or any other candidate?

A grassroot politician in the senatorial district told us : Rt. Hon.Adeyemi Ikuforiji is my favourite Clan man with personal credibility, whilst Senator Bariu Ashafa has exploits his 2 term in the red chamber, Rt. Hon. Joko Pelumi is a good Patriots and and a grammarian but former Governor Akinwunmi Ambode would be our best bet to sensitise the community, solidify the Party and a lovely crowd puller indeed.

Another commented “Let APC Lagos APC give the party ticket to Ambode, leaders should learn how to forgive and let go.

“Ambode will perform Ashafa have been there several times