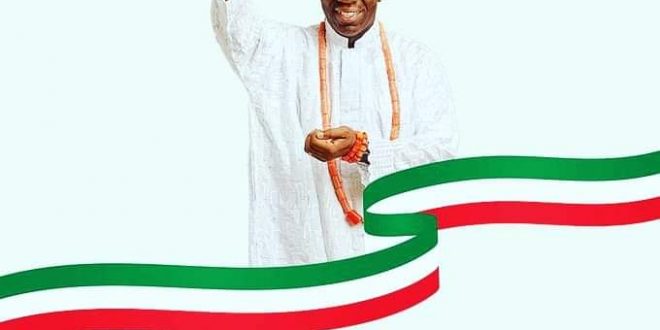 True to prediction, Edo Governor Godwin Obaseki, finally joined the Peoples Democratic Party (PDP) on Friday. He is billed to contest for reelection under the platform of the opposition party.

But the battle to reelection won’t be an easy pie for the former Bank Executive. He has to cross at least five major hurdles. It is hard to conclude one of them won’t frustrate his second term bid.

· ACCEPTANCE WITH PDP: Edo chapter of the PDP has never been a pushover. It is strong as a formidable opposition party. There are interests, forces and personalities within the PDP opposed to the arrival of Obaseki.

Will they warm up to him? Won’t they obstruct his bid to use the party’s platform to seek second term? Will they work against him from the inside? It is certain he has to fight his way to acceptance within the PDP to ever get any close.

· WAIVER/AUTOMATIC TICKET: If the Governor muscles his way to acceptance within the PDP rank, will the party give him its governorship ticket? As a sitting Governor, many argue he should be given automatic ticket. But the party has made it clear there would be nothing of such.

What about waiver to enable him contest the primary? The timeline for conclusion of the exercise had lagged based on guidelines released by the party. But it played a fast one on Friday by shifting the primary to June 23. Does this amount automatically to adjusting the timetable to accommodate Obaseki?

Can the party sell nomination form after it already screened and cleared aspirants? Won’t aggrieved party members exploit the lacuna to initiate suits that may hurt the Governor and party? So many intrigues are ahead as Obaseki plots his reelection on a new platform.

· INDIRECT PRIMARY INTRIGUES: The PDP has adopted the indirect mode for its primary. Does Obaseki have enough time to campaign among delegates and win their hearts? Will there be enough time to mobilise support for him? How about the three cleared aspirants who have a head start with delegates?

They have vowed never to step down for the Governor. Even if one of them do, how about their supporters? It will be interesting to see how Obaseki will move with speed to buy the form, submit, face screening and campaign with just four days to the primary.

· RUNNING MATE BATTLE: Feelers within the PDP are clearly against Obaseki fielding his deputy, Philip Shaibu as running mate. In the unimaginable event all protocols are violated to give him the governorship ticket, will Obaseki agree to run with someone the party is bent to foist on him? Where will that leave him and the Shaibu’s factor? What will that say of him going by his Deputy’s loyalty to him all these years?

· PROPER ELECTION: Supposing Obaseki defies all these odds and get to face the proper election, how well will he fare? Can he match the machinery of the ruling APC and forces bent on stopping his return?

It’s hard to imagine if Obaseki can cross all these hurdles. But he sure won’t return to office if any of them stand on his way.