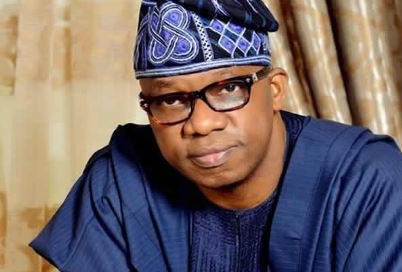 Governor Dapo Abiodun of Ogun State yesterday suspended the planned opening of all religious centres in Ogun State, citing low compliance with the guidelines and precautionary measures against the disease by residents and citizens as well as the “doubling of the infection rate in state.”

Abiodun had told reporters last week that the ban on places of worship would be lifted from yesterday while lockdown would remain on Saturdays and Sundays.

He reversed the decision yesterday saying religious centres are the most veritable and potent ground to spread the deadly virus.

He noted that the number of cases recorded from first index case on 27th Feb to 4th June – a period of 98 days – had almost doubled in just 14 days.

However, 315 patients have been successfully treated and discharged while six more deaths have also been recorded in the last 14 days.

He said community transmission was on the increase, regretting also that in spite of the spirited efforts of the government to create awareness about the deadly nature of the pandemic and the guidelines in place to flatten the curve of the spread, the compliance level of residents and citizens remained very much below expectation.

Abiodun threatened to arrest operators of sports viewing centres and their patrons as well as shut down the operation of commercial motorcycles in the state if they were found to be compromising the safety and health of people by their activities.