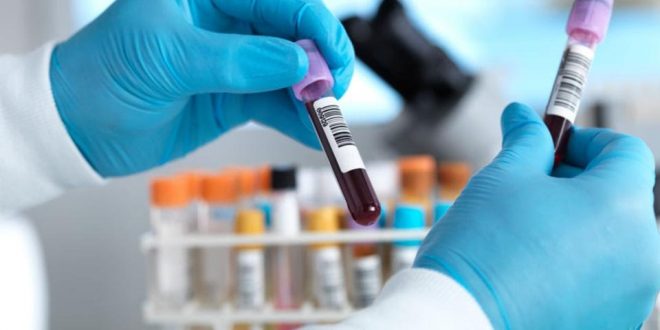 Nigerian Universities’ Scientists, under the aegis of Covid-19 Research Group, Friday announced the discovery of a vaccine for the prevention of Coronavirus pandemic.

But it won’t be ready until the next eighteen months.
Already, more than ten groups are in advanced stages of vaccine test protocols, and might even roll out as early as this September !

Analyists have hailed the discovery at “good, this is to add to Prof kaita and his team who have since discovered one already and it’s undergoing clinical testing. Perhaps they are just about to begin their own test now.

“Vaccines are not like other drugs they take months or years to be fully put in use.

“Is very great breakthrough. But Billgate and WHO will not look in that direction. They have already concluded on the vaccine to be used which is already at the clinical trying stage.”

Addressing journalists Friday at Adeleke University, Ede, in Osun state, the leader of the team, Dr. Oladipo Kolawole, said the vaccine was being developed locally in Africa for Africans.

Kolawole, a specialist in Medical Virology, Immunology and Bioinformatics, at Adeleke University, Ede, however, said the vaccine would also work for other continents when unveiled.

He said the study, which led to the discovery of the vaccine, had enjoyed initial funding by the Trinity Immunodeficient Laboratory and Helix Biogen Consult, Ogbomosho, to the tune of about N7.8 million.

Kolawole said the group had been working extensively by exploring the SARS-CoV-2 genome from African countries to select the best possible potential vaccine candidates.

He said after trying out some selected processes of vaccine development, the researchers had been able to choose the best potential vaccine candidates for the SARS-CoV-2 and had made the possible latent vaccine constructs.

On how soon the unnamed vaccine would be unveiled to the public, Kolawole said it would take a minimum of 18 months.

Also, Prof. Solomon Adebola, the Acting Vice-Chancelor of the university, said the university was poised to assist in the funding of the research with a view to bringing the vaccine to limelight.

“We are glad that a vaccine that will provide solution to a global problem like Coronavirus pandemic is coming from the garden. It is our passion to be a solution provider to such a global pandemic, and we are ready to throw our weights behind the team and make the vaccine a reality,” he said.

He said, “It’s a pleasure that we have come together to produce a vaccine at a time that the world is in need of solution to a ravaging pandemic. It’s a proof that we are working and not folding our hands or looking away from the problem.

“The vaccine is real. We have validated it severally. It is targeted at Africans, but will also work for other races. It will work. It cannot be faked. This is a result of determination. It took a lot of scientific efforts.